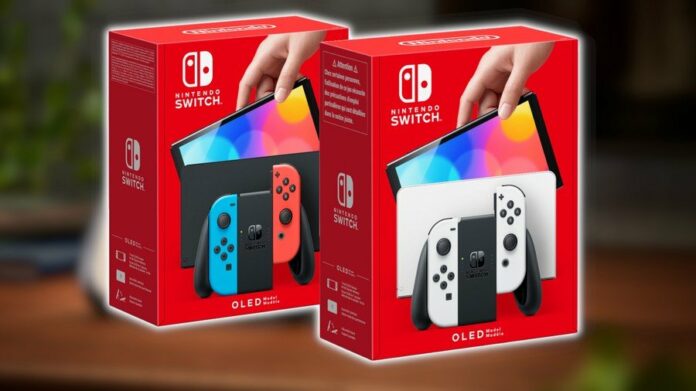 The rumours of a Nintendo Switch Pro model have been around pretty much ever since the original console launched in 2017 and now we have a new OLED Switch but it is far from being a ‘pro’ version and merely shows that Nintendo are more than content to play it safe. For now at least.

By the end of March 2021, the Nintendo Switch had sold over 85 million units including the handheld only Switch Lite and its success contributes to grow around the world despite its lack of power and falling further behind in that regard compared to the Xbox Series consoles and PlayStation 5.

Playing it safe should not come as any huge surprise to Nintendo fans because they simply do not want to antagonise a huge user base by bringing out a Pro version that could potentially make the original and updated models obsolete. That would be dreadful PR and would potentially undo all of the good work the gaming giant has done to react and revive following the commercial disaster of the Wii U.

So rather than the rumoured Switch Pro, what we have is the same console with a slightly bigger screen, an extra 32GB (Nintendo UK) onboard memory which, whilst welcome, is still tiny and an OLED screen. The DS approach to console revisions was a huge success for Nintendo for decades and this is clearly the route they are taking once more. Safely does it.

No one realistically thought that a new version would suddenly be as powerful as next gen consoles or even last gen consoles but a closing of the gap was wanted in the main so that some of the third party games that have performance issues might be a little more palatable.

There have been some astonishing ports to the hybrid console with games such as The Witcher 3, Rocket League and Doom coming in for praise across the industry but there is no denying that if you play these games in docked mode especially, they look pretty grubby and if you have played them on next gen they will make your eyes water at times with frame rate dips, stutters and some dull, dull colouring.

Yet we can play these games on the go, enjoy them and gaming is ultimately about playability and having fun. There is a fine line to be trodden here for Nintendo but I am not going to kid anyone that Nintendo cares too much about third party titles because they don’t. They are happy to have them but are fully of aware that Nintendo games are why people buy Nintendo machines.

But surely a little bit of performance boost would have been welcome?

OLED looks great and games will look more pleasing on the eye. Sharper and with more vibrancy and with the increased screen size from 6.2inch to 7inches the handheld gamer will likely lap up the new model, but if performance stays the same there is an argument to say, what’s the point Nintendo?

Bad performance looks bad on any screen size and at some point Nintendo must want to fix those issues.

October 8th sees the new OLED Switch release and if you only play handheld and you have the spare cash why not pick it up? Collectors will and it will simply add to the continuing sales of the Switch, of that there is little doubt in my mind.

However, £309.99/$349.99 is a lot of money to buy something that does exactly what the Switch you already own does. Games are not running differently or any better so this cannot be seen as an upgrade and is merely a revision as I mentioned earlier. This is the DS policy all over again and I don’t blame them for following a strategy that brought immense success. It is basically the Switch XL.

This does not mean a Pro model is not coming and I have felt that if it ever did materialise it would be in 2022 and would be an improved dock for 4K on the TV rather than any changes to the handheld machine’s power. Nintendo in my view have gone about this back to front and made a minimal change whereas a new dock would cost the consumer less and deliver more of what the consumer wants. It does feel a very safe move by Nintendo but I can’t also help feeling it feels a little lazy. Is it just a stop gap for now and will we see a 4K dock arrive soon, or in 2022 will we actually see a proper upgrade rather than a tepid and frankly underwhelming revision?

My bet is on a better dock but Nintendo have such a huge user base that they are not going to go all out on a full upgrade any time soon and for now that safety first approach is fine but in the long term it could also be prove to be a risky strategy as poor performance can only be tolerated for so long.

For me the OLED Switch is a no go. I can see little justification to buy one right now but for some it will be perfect. For me it is just nothing more than a new screen and an expensive one at that.

How do you feel about the Nintendo Switch OLED? Are you a day one buyer or are you happy to stay with what you have got? Get in touch with other gamers and the Last Word on Gaming team at our chat wall.