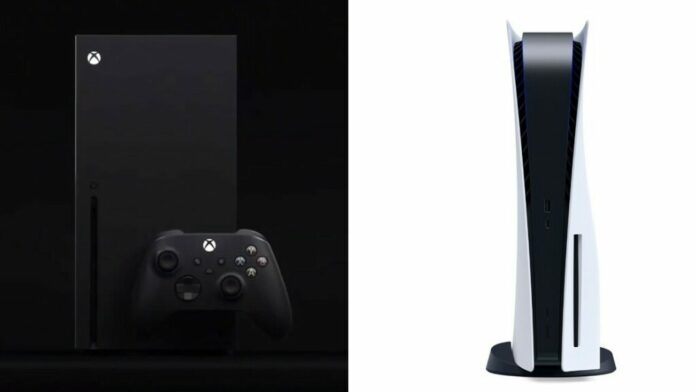 The battle of the consoles has begun once again. Both Microsoft and Sony have come to the forefront. So obviously the question at hand is, which new console should I buy? Xbox Series X or PS5.

The new flagship consoles are promising 4K gaming at up to 120 frames per second plus ray tracing and faster loading speeds. Will these force one to switch from their current Xbox One or PS4? I will not answer that question, because that is up to you.

Let’s dive into both consoles and differentiate the two a little.

The latest from Xbox is extremely different than any other console on the market. In fact, it looks more like a gaming PC than its predecessors. It dons a cuboid shape, that many have compared to a refrigerator.

The Sony console is the largest the company has ever produced. It is interesting,  as most companies are looking to streamline their products, Sony has upped the ante and made an extremely towering machine.

When both consoles were announced, it was rumored that the PS5 would not have backwards compatibility, however that was quickly squashed. There is one small setback with that though, Sony is only offering back to PS4. Meanwhile, the Series X will offer gamers the ability to play games all the way back to Xbox 360.

You be the judge

After that short snapshot of both consoles, you may have a small glimpse into what you may choose. If you’ve already ordered your console, we’d love to know which you chose. Maybe both. Let us know in the comments section below whether you chose Xbox Series X or PS5 as your all new home console.