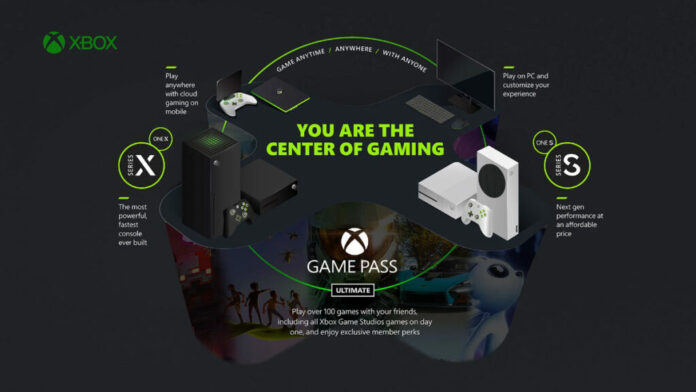 In a not overly surprising move it has been announced that Xbox gaming is going to be coming to even more screens meaning many more people will have access to an incredible catalogue of games and be able to play on a variety of different screens.

Xbox Gaming – The ‘Joy of Commmunity.’

Streaming Ahead Into the Future

Xcloud and Game Pass are very much at the heart of how Microsoft see gaming going in the future and they have now further committed to that by announcing Xbox compatibility with internet TV’s and removing the need for a console to play games.

Xbox Wire Editor in Chief Will Tuttle has reported how head of Xbox Phil Spencer and CEO Satya Nadella have been talking about the gaming industry and how it should be all about people and bringing people together;

“We believe that games, that interactive entertainment, aren’t really about hardware and software. It’s not about pixels. It’s about people. Games bring people together,” said Spencer. “Games build bridges and forge bonds, generating mutual empathy among people all over the world. Joy and community – that’s why we’re here.”

Game Pass – The Road to Discovery

Game Pass is phenomenal value for money and gives gamers access to so many games and I have found I have played more games since having a Series S just because I can try so much more at no extra cost. The diversity that Game Pass brings is a win win situation for Microsoft, Xbox and most importantly, gamers.

Being able to try before you buy is never a bad thing and Xbox have found a positive way to provide that service with a cost that is not prohibitive.

Any Screen Will Do

Xbox will be working with TV manufacturers to ensure that Xbox can be available via internet TV’s with only the need of a controller to enjoy your favourite games. No console required. Imagine being able to have a full Xbox experience on your shiny TV and it costing you less than £100.

In the report, Xbox Wire also reveals that Xbox is working on streaming devices much like an Amazon Fire Stick so you can take your Xbox gaming on the go with you without having to pack up your hefty console.

The IOS version of Xcloud has been in Beta for a while now and Xbox have now confirmed that the web based browser version of Xcloud will come to all Xbox Game Pass Ultimate members in the coming weeks. The news that many have been waiting for has also been confirmed and Microsoft says it is now in the final stages of updating its datacenters to Xbox Series X technology. This will mean that games will have better frame rates and faster load times and should make Xcloud much more stable and could be a game changer for on the go Xbox gaming.

E3 2021 sees Xbox and Bethesda take to the stage on Sunday June 13th at 10am PT 1pm ET and 6pm BST and this news will do plenty to get the excitement going. Now it is a case of waiting for all of the big reveals and Last Word on Gaming will be ready to bring you all of the news.

Don’t forget to get in touch with us via our message boards.

New Xbox First Party Game to be Released Each Quarter