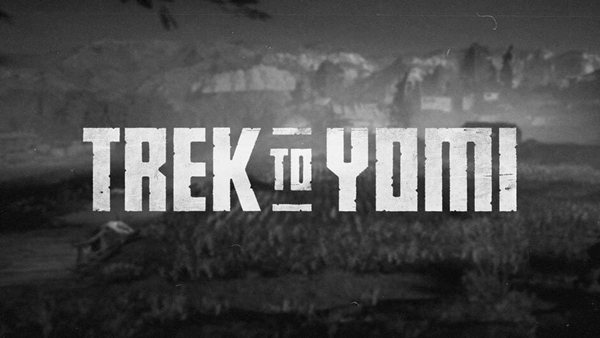 Our latest piece at Last Word on Gaming is a Learn more in our Trek to Yomi review which dives our thoughts on the film inspired game.

Born on March 23, 1910, Akira Kurosawa is considered one of the influential filmmakers in not only his home country of Japan but the world at large. From Yojimbo to Rashomon to Throne of Blood to Seven Samurai, his work within the samurai film genre is legendary. While these films are often associated with combat, such as with blades, they tell a range of stories that touch on loss, revenge, and other deep topics.

Such films heavily inspired the most recent offering from publisher Devolver Digital – known for publishing such titles as the Serious Sam series and Fall Guys – and developer Flying Wild Hog. Trek to Yomi was released on May 5, 2022 for modern home consoles. What culminated was a game that is rich in atmosphere but possesses certain faults that keep it from being the classic it should be.

Growth, Loss, and Violence – The Story of Trek to Yomi

Trek to Yomi stars Hiroki, a young swordsman who is taught by his Master, Sanjuro, the way of the blade. The story’s narrative is established in Chapter 1; the game features seven chapters and an ending in total. When Sanjuro is called away due to an emergency, Hiroki and Aiko, the latter being Hiroki’s friend and Sanjuro’s daughter, leave to investigate. In an effort to protect young Hiroki from a deadly bandit, Sanjuro is cut down. In his final moments, Sanjuro instructs Hiroki to protect his village and his people as a samurai.

The story of Trek to Yomi only becomes more dramatic from there. Chapter 2 opens, taking place years after the events of Chapter 1. As a grown man, Hiroki is determined to keep his village safe from harm. Without delving into spoilers, this takes the hardened protagonist on a quest of equal parts growth, loss, and violence.

“Trek” is nothing short of an appropriate term for this game; while the game in question isn’t terribly long, it feels like a journey in and of itself, with each narrative moment feeling rewarding.

The area where Trek to Yomi excels the most is in its presentation. As mentioned earlier, this game is heavily inspired by classic samurai films, not only in terms of its story but visuals. The game’s monochromatic appearance is incredibly stylish and it almost feels as if one is playing an old Kurosawa-directed flick. Little touches such as a grainy filter and smart camera work add to the game’s film-like presentation. Though Trek to Yomi’s frame rate dipped from time to time, it wasn’t enough to detract from the experience.

While on the subject of presentation, Trek to Yomi’s set pieces are incredible. Open fields see grass and foliage move in the wind. Making one’s way through an invaded village, they will see several houses on fire, the flames intense and foreboding. Silhouettes of Hiroki fighting bandits and other nefarious forces occur under certain lighting and environmental conditions and never become old. Presentation isn’t the sole factor in determining a game’s quality, but it still counts and Trek to Yomi earns a high mark in this respect.

The Flaws of Combat

Not unlike the films its based on, Trek to Yomi features an emphasis on combat, especially in regard to blades. Combat takes place in side-scrolling environments where players and enemies are locked in two-dimensional planes. By using a combination of strikes and parries, Hiroki must fight his way through numerous threats. This isn’t to say that Hiroki has only his katana to depend on, as weapons such as Bo Shuriken blades and a bow and arrow assist with long-range combat. However, it’s with combat in general that our Trek to Yomi review highlights shortcomings.

Simply put, combat is only so interesting for so long. Granted, as the game progresses, the player earns additional abilities that assist with striking, blocking, and the like. There’s also an element of exploration to be seen, as collectibles and upgrades to health and stamina can be found off the beaten path. However, it becomes easy to rely on a few techniques without having to bother with others.

Enemies fight using certain patterns, which can make encounters more tiresome than they should be. Even on the higher difficulties, Trek to Yomi doesn’t become terribly difficult, especially with shrines, which serve as save points, being so generously placed across the game’s various chapters.

Even with criticisms regarding combat, Trek to Yomi is far from a bad place. It’s apparent that Flying Wild Hog took this game as a labor of love, putting so much heart and character into it. Anyone that enjoys the samurai film genre, Japanese history, or less traditional games, in general, would be wise to give this a shot. I played this game on Xbox Series S via Game Pass, though it is available on other platforms.

It can also be completed in anywhere from 5 to 6 hours, meaning that it won’t overstay its welcome. If you have an afternoon to spare, after reading our Trek to Yomi review, steel yourself and set forth on a journey you may never forget.

Do you agree with our Trek to Yomi review?

Leave your comments below and let us know your thoughts!
0
Please leave a feedback on thisx
Featured Image