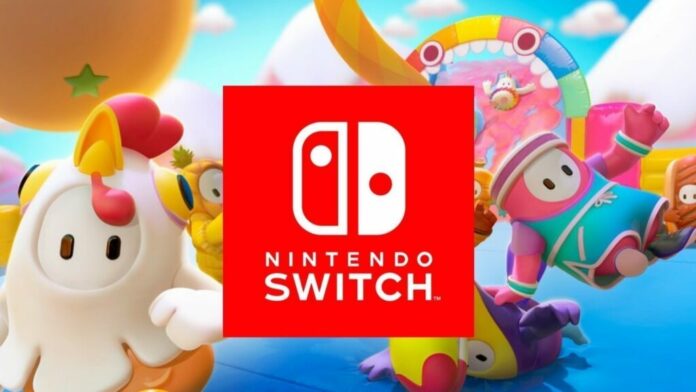 During today’s Nintendo Direct, Fall Guys: Ultimate Knockout was announced for the Nintendo Switch. Developed by Mediatonic and published by Devolver Digital, this title was originally released this past August for PlayStation 4 and Microsoft Windows. Now, Fall Guys for Nintendo Switch plans to bring the same battle royale action to Nintendo fans. Regardless of if they’re experiencing it for the first time, this will be a title not to miss.

In Fall Guys for Nintendo Switch, up to 60 players join to compete in battle royales. The goal is to reach the end of each stage, all the while evading various obstacles. Games last for several rounds until there is one player left standing. In addition, Fall Guys: Ultimate Knockout has its own in-game currency known as Kudos, which are earned by completing objectives including winning matches. With Kudos, players can purchase cosmetics that implement new looks, though they won’t impact gameplay.

Fall Guys: Ultimate Knockout is currently in its third season, which started this past December. With each subsequent season, the game is provided new maps, cosmetics, and other features. It’s expected that these will carry over into Fall Guys upon its release on the Switch.

Fall Guys: Ultimate Knockout is one of the most popular battle royale games going today. Since its release last year, it has amassed a considerable following, not only on the PlayStation 4 but PC as well. Considering the game’s lighthearted yet frantic atmosphere, one would think that it’d be a solid fit for Nintendo. Thus, the news regarding Fall Guys: Ultimate Knockout is nothing short of exciting.

Expect to see Fall Guys: Ultimate Knockout become one of the most downloaded games on the Nintendo Switch upon its release. It will be interesting to see whether Nintendo Switch Online will be required, however. Given that other online multiplayer titles – Warframe comes to mind – didn’t require this, it’s possible that Fall Guys will follow suit.