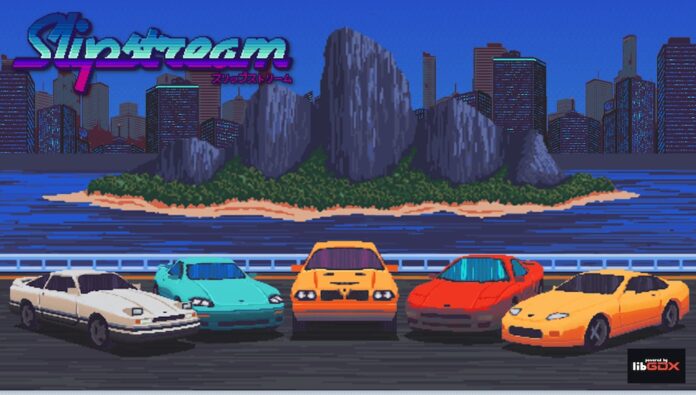 Indie Publisher BlitWorks has announced that Retro Arcade Racer Slipstream will become available on April 7th, 2022. The racing title will be compatible with Xbox, Playstation 4 and 5, and Nintendo Switch and will be 9.99 USD/ 8.99 EUR. Brazilian developer Sandro Luiz De Paula built a custom game engine that recreates the 80s and 90s racing games on modern hardware. Music produced by Stefan Moser (Effoharkay) adds to the smooth and relaxing tropical environments. The game is aided by slipstreaming mechanics that give the gameplay a fun, yet challenging edge to it. Be prepared to experience retro racing with a new, modern flair.

What Can Players Expect?

: Split-screen multiplayer action of up to 4 players

: Ability to rewind gameplay of up to 5 seconds in order to try again

: 20 different tracks to play on

: Five playable cars inspired by classic models from the 80s and 90s

: Three difficulty levels to choose from

: Game speed can be reduced 50% and some visual effects can be switched off

: Pixelated, CRT, and NTSC filters to create the retro experience