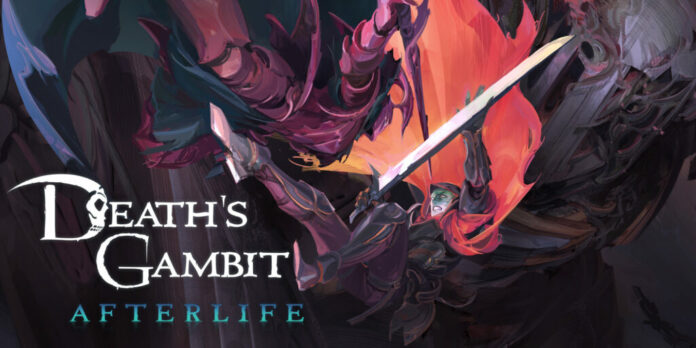 A special edition of Death’s Gambit: Afterlife is coming for the Switch, due for release in early 2022. Publishers Meridiem Games and Serenity Forge are working with developer White Rabbit to create the special boxed edition, which offers some extras for fans to enjoy.

Death’s Gambit: Afterlife is a popular 2D platformer with Soulslike/Metroidvania elements. It has an expansive world with challenging bosses, character customization, and an incredible score by Kyle Hnedak. It’s worth checking out if you like a challenge (although you will need to be okay with dying. A lot.)

What’s Included in the Special Edition of Death’s Gambit: Afterlife?

Afterlife is the expanded edition of Death’s Gambit, and it introduced a whole new range of features in-game compared to the original. If you played the original Death’s Gambit, this upgrade is pretty major, and it’s well worth playing this version, as it offers a substantial amount of new levels, bosses, and weapons.

Nintendo Switch owners can look forward to the new boxed edition early in 2022. There is plenty to look forward to in this edition, which includes a specially created box with artwork of main character Sorum, an art book, and a double-sided poster including a detailed map of Siradon.