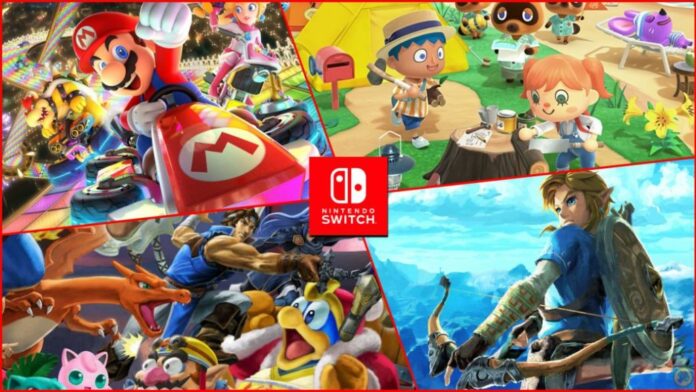 Nintendo’s recent investor releases have provided us with a lot of information about the company itself and some of our favorite games. For the more business-minded of us, there is a profit forecast to dig into but one thing that caught my eye was the information on the best selling Switch games in the console’s history. I’m going to do some analysis on this listing of the top 10 games and its apparent trends.

One thing that immediately stands out is the reliability of Nintendo’s classic franchises.  In this list, we see Mario, Pokemon, and Zelda all represented.  All three series’ are tentpole attractions for Nintendo consoles and have been for many years now, and its clear to see why. The Mario series, in particular, has had amazing success with three games represented on the top 10 despite only one of the three being an original game that received mass acclaim.

Lower down the list we see Splatoon 2 with Animal Crossing sitting in third place, these are two more recognizable Nintendo franchises that fill out the top 10.

The success of Nintendo’s flagship franchises puts into perspective a lot of the decisions the company makes when it comes to its video game releases.  Sure, fans may love a game like Astral Chain or Hades but it is the already established franchises that continue to sell tens of millions of units reliably. There’s also no need to ever rush out sequels to our favorite games when the original versions will continue to sell long after its release.

Hands up who could have expected Ring Fit Adventure to be one of the best selling Switch games ever? If there’s one thing we learned from the Nintendo Wii it’s that people love their motion control games filled with fun activities.  The Nintendo Switch has its own version with Ring Fit Adventure, a game that both aims to aid with exercise and be an actual game.  The question I have is, should Nintendo aim to target this market more? If Ring Fit Adventure has this big a market then what could a similar game do if they appealed to more than just the fitness fanatics among us?