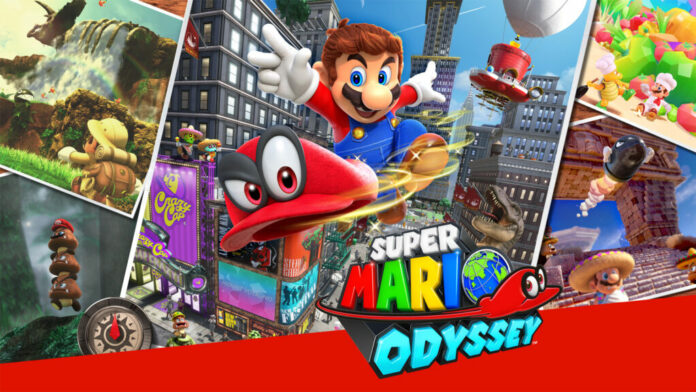 Some video games in the modern age have very short shelf lives.  Games like FIFA, Call Of Duty, etc. are only useful for 12 months before a newer installment is out rendering the older games obsolete in many ways.  Super Mario Odyssey is not one of those games.  This game was released just over three years ago on the Nintendo Switch and all these years later still has a huge fanbase of loyal players, this writer included.  In this article, we attempt to explain why, after three years, Super Mario Odyssey is still one of the best games on the Nintendo Switch.

Odyssey isn’t a complicated game by any means.  The aim of the game is to go from level to level chasing bowser in an attempt to collect enough power moons to improve your ship.  These Power Moons are not difficult to come by, after defeating Bowser there’s up to 999 for players to collect.  The abundance of moons is a big reason this game is so easy to play.  You get constant gratification from finding moons, be it by discovering a secret area, completing a time challenge, or any of the other hundred ways to collect moons.  With Odyssey, you aren’t walking for 20 minutes to get to your next mission, at any time your next power moon could be right around the corner, or even underneath you.

The controls to Super Mario Odyssey revolve around the use of Cappy.  Cappy provides the player with a lot of help when it comes to making your way through the game.  Figuring out all the tricks you can accomplish with Cappy is quite interesting and once you know them all the game becomes much easier as each problem now has 3/4 fun solutions rather than the intended path.

It’s through this that Odyssey remains fun with each playthrough.  Finding out new ways to complete the normally mundane tasks Mario is faced with becomes more fun than the game itself.  There’s a real sense of pride that comes with finding a new way to take advantage of Odyssey’s controls and it’s this that has kept this writer coming back time and time again.

Even if you aren’t incredibly serious about speedrunning and learning each and every hack the game has you too can learn the quickest paths to complete the game and attempt to finish the game as quickly as possible.  This presents a whole new challenge to anyone that feels like they have the game mastered

More than anything Super Mario Odyssey has stayed relevant for so long because it’s a fun experience.  Dashing around levels and bouncing on Dappy is just a fun time.  Collecting lots and lots of moons, also fun.  When you incorporate a fun base game with some of the other challenges we outlined earlier it’s no surprise that Odyssey has remained an entertaining gaming experience for all these years