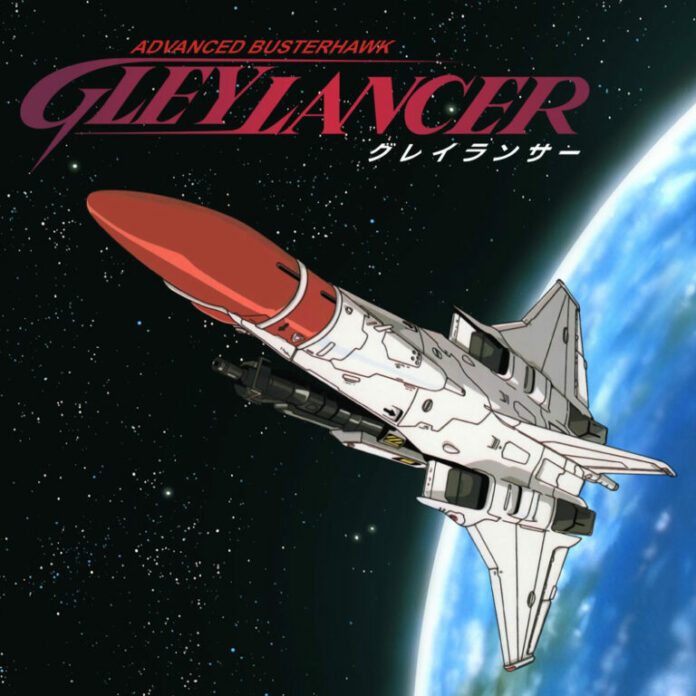 I have long had a love for all things shoot ‘em up and fast flying bullets ricocheting across the screen so Gleylancer from Ratalaika Games scratches an itch. I have recently been blasting my way through G-Darius and to finally get my hands back on a game that I first played in 1992 is a real joy. It never received a UK release but thankfully for me a friend owned anything and everything Japanese so he was the go to when it came to playing imported games. Now though it is here for the masses to play and my Gleylancer review is of the Nintendo Switch version of the game. Let’s blast off into space.

Due to that lack of a UK release a criminal number of gamers were blocked from enjoying what should have been enjoyed by millions. Releasing originally on the Sega Mega Drive/Genesis, Gleylancer follows the daughter of a captain who has been kidnapped by enemy forces who commandeers a space craft to bring him back home.

The opening cinematic is a fairly lengthy affair but nearly 30 years on I can now understand the plot better due a perfect translation and the story driven element of the game is well thought out and communicated. There are other cinematic cut scenes throughout your progress although these are shorter but still add value to your understanding of the quest ahead.

Your eyes will do somersaults in your sockets when playing Gleylancer due to the sheer amount of action taking place on the screen at any one time. Bullets come from all angles and you need to have quick reactions to progress through the game.

In total you will blast your way through 11 stages that will take you anywhere between five and ten hours to complete on the normal difficulty setting and maybe a touch longer on the harder setting. Despite there been plenty going on, one of the downfalls of the game is it’s difficulty and I have to say that it is not one of the hardest games I have ever played.

Those of you familiar with Forza with be well aware of the rewind function where you can go back in time and undo your mistakes. Personally I am not a fan of the option as it doesn’t make you learn from mistakes but rather offers a quick fix to avoid certain death or a crash in Forza’s case. The function is readily available here by simply holding the left shoulder button and you can then get yourself out of a hole and carry on. It makes the game much easier and whilst I am not against easy game settings, I am a staunch advocate of accessibility in gaming so understand the need for easier routes through games, it does take the edge off the challenge.

Thankfully, Ratalaika are aware of this and you can unmap the rewind button so it’s only there if you really feel the need to use it and therefore I am happy to forgive their minor transgression.

As you might expect from a title of this nature there are numerous weapons to collect and upgrade but there is one aspect that adds something extra special to the game and that is how you can use sub ships. You can set your main craft to fire in the direction of travel and the sub ship to face the opposite way giving you a greater field of fire to deal with those pesky enemies. It also adds a neat element of strategy as you plan when is the right time to utilise them.

I am not quite sure what has happened with the boss battles in this game as they come out looking all threatening and ready to destroy you but the fact is that they are simply not that hard to beat and that’s a shame really as it takes the gloss off what is otherwise an incredible port of a classic game that has been for far too long hidden away in history. Once you know the bosses’ weak spots it is all too easy to destroy them and for some that will be of no matter but for me I wanted more of a battle to add to the sense of achievement in beating the game.

There is an impressive array of settings to tinker with meaning you can set the game to have the lines across the screen that old TV’s would give you as well as an option to play a 1:1 emulation of the original game, a feature which I especially enjoyed as it took me back to a very happy time in my early gaming life.

The only issue I have is with the difficulty of Gleylancer but what I have been reminded of is just what a crime it was that this game never got the exposure it deserved back in 1992 and what Ratalaika have done is perfectly bring back an absolute hidden gem to allow everyone to experience what is in my opinion one of the best shmups that has ever been made and quite simply I say to you all – go and buy this game, go and enjoy this game and to Ratalaika I just say thank you for saving a piece of gaming history from being forgotten.

Joe and Mac Remake Revealed To Be Coming In 2022