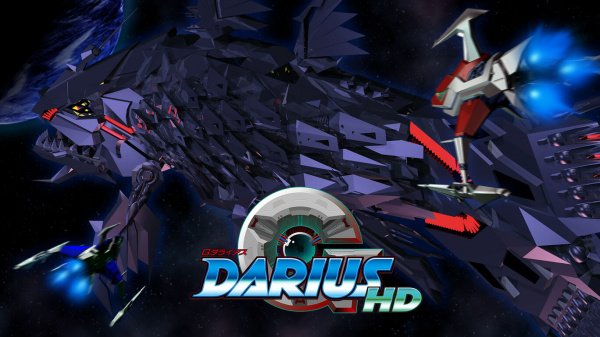 G-Darius HD is a glorious return for the beloved Japanese arcade game. Initially released way back in 1997, the Silver Hawk has come swinging back this year for Nintendo Switch and PS4. The game has been released digitally alongside a physical release, available for £25. Included alongside the remaster is the original game as it was back in ’97.

G-Darius HD Review: A Hard-As-Nails Arcade Classic Is Given A Modern Update

G-Darius is more often referred to as a shoot ‘em up rather than a bullet hell game, but it features all the hallmarks of one. You play as a small ship, the Silver Hawk, and you dodge an endless stream of bullets while shooting at enemies to get to a stage boss. The bullet hell sub-genre is still huge in Japan to this day, making G-Darius a pioneer in gaming.

The combat from the classic game is still fully intact and is still just as difficult as before. As standard, you start with nine credits with three lives per credit. This gives you a standard of 27 tries before you see a game over. However, there are ways of getting around this. Every press of the left bumper gives you a credit and the remaster features save states to let you keep your progress.

While these changes may anger some purists, it is perfect for anyone just looking to give the game a quick whirl. If you wanted to stick to the original ruleset of three strikes and you’re out, then you totally can. You are incentivised not to use retries as your score gets reset every time you use one.

Once You Pop, You Just Can’t Stop

If you’re going through the game using the essentially infinite retries, you can get through the game in under two hours. However, due to the branching paths of stages you can select, you have plenty of reasons to go back.

Once you finish each stage, you are given the option of progressing onto one of two stages. However, you won’t experience them all in one playthrough as the game ends once you have played five stages, regardless of which ones you chose. This means you can keep coming back to G-Darius HD to see what you missed in the last playthrough.

However, as this is still a game from the 90s at its core, there are some issues. The English names for the bosses in the game are bizarre, with Tripod Sardine being the standout weird name of the bunch. Others include Accordion Hazard, Eternal Triangle and Eight Feet Umbrella. However, this can add to the charm of the game, much the same as the Metal Gear series.

The one glaring flaw is the amount of slowdown in the game. At least on Switch, we encountered tons of slowdown when too much was going on at once. This was common for games of the era and as this is still the same game at heart, the issue persists here. However, the game runs fine aside from this.

G-Darius HD is a great example of a retro arcade game and has plenty to keep players with it until the end. Personally, it took me right back to playing Super Thunder Blade on the Sega Mega Drive Ultimate Collection. The modern tweaks and save states do wonders to keep casual players invested, while hardcore fans can ignore them. However, one suspects that casual players won’t be too interested in a game of this style anyway so there is that to consider. Overall, this is a highly addictive game that scores;

Joe and Mac Remake Revealed To Be Coming In 2022