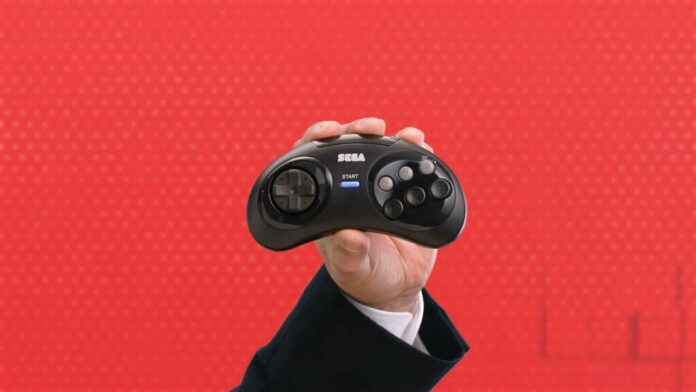 During this past September’s Nintendo Direct, it was revealed that the company’s online service would receive an upgrade. Later this month, the Nintendo Switch Online + Expansion Pack will be released, allowing current and new members to opt-in. Included in this upgrade will be a number of Sega Genesis and Nintendo 64 games; both collections will receive subsequent upgrades. For many younger gamers, this will be the first time titles from these vintage consoles will be experienced. This is especially true for the Genesis, which was released in 1989 in North America. When the Expansion Pack drops, you may wonder which Switch Online Sega Genesis games at launch are worth trying.

A total of 14 Sega Genesis games will be made available, at launch, via the Nintendo Switch Online + Expansion Pack service. It’s important to note that many of the titles included are available on the console through various means; specifically, the standalone Sega Genesis Classics and the individual revamped ports under the Sega Ages lineup. Nonetheless, if your first time experiencing these titles is through the Switch Online upgrade, there’s plenty to sink your teeth into. Here are the launch titles to try first.

There’s no better place to begin discussing Switch Online Sega Genesis games than with one of the 16-bit system’s defining titles. Sonic the Hedgehog 2, originally released in 1992, was largely characterized by speed. It built upon the foundation established by the original Genesis title, bringing with it richer colors, more detailed environments, and a new ally in Miles “Tails” Prower. I spoke about this game in length this past March and everything I shared back then applies here. Simply put, Sonic the Hedgehog 2 stands the test of time.

With that said, it’s unknown why the series’ sequel title was one of the Switch Online Sega Genesis launch offerings. The first Sonic the Hedgehog is nowhere to be found in the initial lineup. There’s little doubt that it will be added in a future update, but between the two, Sonic the Hedgehog 2 remains the more enjoyable experience. There is no shortage of ways to play this title, but if you avoided it up until this point, it’s time to give it a spin.

Dialing back the speed is the 1995 hidden gem of the Sega Genesis library, Ristar. In this game, the player takes control of a star-shaped do-gooder whose goal is to free brainwashed leaders throughout different worlds. Ristar may not boast the same swiftness as the more iconic blue-quilled mammal, but what he lacks in speed he makes up in charm. This more relaxed 2D platformer is consistently upbeat, allowing the player to explore the game’s seven worlds at their own pace. This was another game I spoke at length about on Last Word on Gaming.

Much like Sonic the Hedgehog 2, Ristar made its way onto various compilations across a slew of platforms. However, there has never been a true follow-up, which is understandable given how late into the Genesis’s life it was released in. Regardless, it stands as a relatively unsung classic in the console’s library. For those that have yet to experience the original – and only – home console Ristar game, the Switch Online Sega Genesis catalog is as good of an opportunity as any.

Shinobi, developed and published by Sega, has been known as one of the company’s most action-packed, not to mention punishingly difficult, series of games. Nonetheless, it gained a devoted fan base, and throughout the history of the franchise, perhaps no game is as Shinobi III: Return of the Ninja Master. Released in 1993, Shinobi III is fast-paced, tasking the player with fighting their way through various levels. Combat is done close and long-range, and techniques such as mid-air attacks and wall jumping are appropriately martial arts-esque.

Compared to other titles in its series, Shinobi III: Return of the Ninja Master isn’t nearly as challenging. While this may seem like a dealbreaker to some, rest assured that it can still be punishing at points. This is especially true for boss fights, which will test even the most seasoned of players. More than anything else, Shinobi III is a satisfying action game that moves at breakneck speed and seldom stops. For those that need their hack-and-slash fix, look no further.

The initial lineup of Switch Online Sega Genesis games isn’t without its third-party offerings. Enter Castlevania: Bloodlines, the lone Genesis title in Konami‘s iconic vampire-slaying series. In this title, the player takes control of one of two characters – the whip-wielding John Morris and the spear-brandishing Eric Lecarde – as they fight to prevent the revival of Dracula. Though it may not be as seamless as Super Castlevania IV on the Super Nintendo, Bloodlines remains a memorable title all its own.

One of the reasons Castlevania: Bloodlines stands out compared to many old-school titles in the series is the use of different paths, depending on the character. Whether you play as John or Eric, the game takes you on different routes, encouraging you to use the unique abilities of each character to progress. Throw in series staples such as challenging gameplay, striking gothic graphics, and a solid soundtrack, and Bloodlines is that much more appealing of a package.

Also included in the Switch Online Sega Genesis launch lineup are multiple titles built with multiplayer in mind. One such title is Streets of Rage 2, a side-scrolling beat ’em up that would become arguably the best in the entire series. Released in 1992 in North America, Streets of Rage 2 boasts 4 playable characters, each with strengths and weaknesses unique to them. For those familiar with beat ’em up titles of the 16-bit era, the gameplay is straightforward, which makes it that much easier to pick up and play.

Streets of Rage 2 may be among the most revisited and played Sega Genesis titles on the Nintendo Switch Online service. In addition to the game’s native local multiplayer, via NSO, it can now be played online. Given that this title is often considered the pinnacle of the Streets of Rage series, top of its class in terms of gameplay and presentation alike, there’s no reason not to give this one a go.

If beat ’em ups aren’t one’s cup of tea, how about run and gun games? On the Sega Genesis, few have stood the test of time as well as Gunstar Heroes. Released in 1993, this game focused on protagonists The Gunstars as they fight through several action-packed levels to uncover powerful gems. This game was developed by a team at Konami, which broke off and formed Treasure, the credited developer for Gunstar Heroes. Keep this in mind if you can’t shake the feeling this game feels “Konami-esque;” not a bad compliment, given the company’s quality output at the time.

One of the key factors in Gunstar Heroes‘ longevity is its gameplay. Though not fast-paced to the degree of Sonic the Hedgehog, the gameplay in question is incredibly frantic, as the player shoots and avoids enemy attacks at every moment. There are few moments to breathe, which adds to the intense moment-to-moment gameplay. Though Gunstar Heroes is fun when played solo, like Streets of Rage 2, it’s that much better when playing alongside someone else.

Even with the games listed here, other Switch Online Sega Genesis offerings may be worth your attention. For those that are partial to puzzle games, despite its lesser-known nature, Dr. Robotnik’s Mean Bean Machine is enjoyable. The same can be said about MUSHA for those that are partial to vertical shooting titles. There will be plenty to dive into and experience once the Nintendo Switch Online Expansion Pack drops, especially if you’ve missed the Sega Genesis and its various compilations over the years.