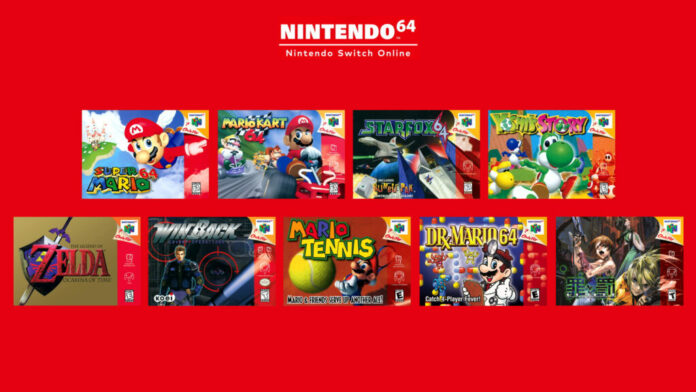 At long last, Nintendo Switch Online is getting a much-needed boost with Nintendo 64 and Sega Genesis games coming to the service.

Nintendo 64 and Genesis Come to Nintendo Switch Online This October

The update to the NSO service was announced in Thursday’s packed Nintendo Direct. Alongside the release of the new games, Switch-compatible versions of the respective system’s controllers were announced. However, these will be sold separately.

The full N64 line-up at launch will be:
Super Mario 64

The Legend of Zelda: Ocarina of Time

As for the Genesis titles, these will be:

As with previous NSO rollouts, these will be added to over time. Nintendo has also announced that the likes of The Legend of Zelda: Majora’s Mask and F-Zero X will be added to the service later down the line

In spite of these additions undoubtedly being welcome and necessary additions to a floundering service, some fans cannot get the bad taste of more shady business practices out of their mouths.

Despite NSO being very competitively priced, many fans felt the base service should be free. As there are so few games that emphasise online multiplayer functionality and the NES and SNES games were re-released on past systems, some fans just didn’t feel the price was worth it. Now they feel aggrieved with being asked to cough up more cash for an improved service.

This is just the latest example of Nintendo’s pricing policy being out of touch. Throughout the Switch’s lifespan, the major first-party games have rarely gone on sale. However, what hurts so much more is Nintendo selling ports of years-old games at the same or even higher prices than what they were originally sold for. Recent examples are Miitopia and The Legend of Zelda Skyward Sword HD both releasing on Switch for higher prices than originally.

Furthermore, the re-released controllers won’t be cheap. The SNES controller for Switch retailed for £26.99, meaning the Genesis variant will likely be the same. However, with the N64 controller featuring an analogue stick and more buttons, it could be sold for higher. If fans want to get the most out of this service, they will have to fork out a higher subscription fee as well as at least £50 for the controllers.

With this in mind, it is not hard to see why some fans are upset again at Nintendo.

You Will Be Able to Cross-Buy Shakedown: Hawaii on Sony Consoles

All Games Announced at the PS5 Reveal Event