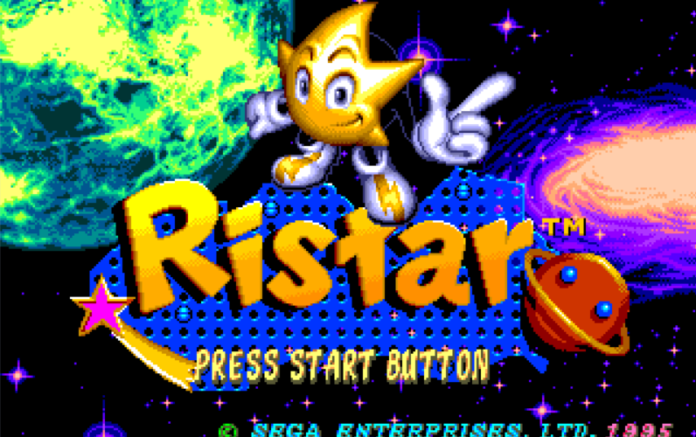 Gaming has a rich history that spans multiple decades. To this end, The Last Word on Gaming Backlog is a series that looks back on titles across all generations. From the golden 8-bit era to the landscape-changing 64-bit scene and beyond, The LWOG Backlog’s aim is to look back at history. To kick off this week, let’s take a look back at one of the late entries in the Sega Genesis library, the colorful, upbeat platformer known as Ristar.

Ristar – An Upbeat and Colourful Platformer

Think back to 1995. During this time, in Japan, the Sega Saturn had been out for a few months. The original PlayStation had just made its debut in the aforementioned country, too. Furthermore, the gaming world was abuzz about the upcoming Nintendo 64. There was a sense of excitement regarding the fifth generation of gaming platforms. This wasn’t to say that the generation prior didn’t have more in the tank. Toward the end of the Sega Genesis’s life, the company that introduced Sonic the Hedgehog to the world had another trick up its sleeve.

From the early-to-mid 90s, platformers with mascot-like characters weren’t in short supply. This was especially true for Sega, which saw immense popularity due to the Sonic games. Sega had other mascots, from Ecco the Dolphin to Vectorman, but none reached the blue hedgehogs level of success. Ristar was another such attempt, and while it may have fallen short in becoming a Sega mainstay, it’s one of the little-known mascot platformers that matter. Ristar was developed and published by Sega for a 1995 release across all regions.

Ristar’s intro is as follows: “In a far off galaxy… An evil alien force is at work. The evil tyrant, Greedy, has corrupted the planet leaders and enslaved the populace. Even the legendary hero has been captured. A desperate plea for help is made. And answered, by the hero’s own son.” As one of the children of the shooting stars’ mother, Oruto, Ristar must free the brainwashed leaders and restore peace to the world.

Admittedly, Ristar doesn’t have the most complex narrative. It doesn’t boil down to much more than being awakened to save the world. However, think back to the period this game was released during; seldom did platform games of this nature weave intricate stories. Simply put, it’s a means to push the game forward. Ristar doesn’t focus on story, as its strengths exist in other forms, starting with…

Ristar is a 2D platformer that takes a slower, deliberate approach. If you were to play any of the classic Sonic the Hedgehog games and switch to Ristar, the difference in speed is staggering. Ristar moves at a casual pace, his long arms essential to his combat abilities. With his long arms, he can grab hold of enemies before flinging himself forward, effectively headbutting them. Ristar’s movement is relaxed by comparison, but this isn’t a gameplay flaw. In fact, the game is built around this, as stages are condensed and never overstay their welcome.

Ristar is broken up into seven worlds, each with two stages to conquer. As stated earlier, the game is slower-paced, but the variety at play can’t be ignored. From traditional platforming levels to underwater segments to areas where the player must traverse by swinging from one pole to the next, Ristar is seldom dull. At the end of each world, the player will encounter a boss in the form of a brainwashed leader. By defeating each leader in combat, restoring their senses, Ristar can progress.

For those that are looking for speed, Ristar utilizes this in key moments. This is most apparent in bonus areas, which players can access by swinging on floating levers. Ristar will break out into a spin before propelling himself outward, soaring through the air for a limited time. This will allow Ristar to access areas he wouldn’t have been able to otherwise and, at the end of each stage, fly high to score bonus points. Ristar may not move at breakneck speed, but those bursts of adrenaline help keep the game engrossing.

Perhaps more so than in its gameplay, Ristar excels in its presentation. The opening screen, which features a 3D render of the main character, shows that Sega knew its hardware well. The Sega Genesis was released in Japan in 1989 before reaching North America the following year; by the mid-90s, developers had a solid understanding of the hardware in question. In this instance, Ristar benefited from being a late entry in the 16-bit era. The game’s art direction was headed by Yuji Uekawa, who also served as art director on several Sonic titles.

Ristar is nothing short of colorful, with each world being given its own unique identity through cartoony, lush art design. Planet Flora, the first world of Ristar, is a rain forest full of vibrant greens and blues. This world does an incredible job making a first impression. The art style even carries over into the main character. For being a simple-looking character – a star-shaped hero with arms and legs – Ristar is immensely likable. From his facial expressions to idle animations, this is one 16-bit mascot that brims with personality.

Ristar’s upbeat presentation is heightened by a solid soundtrack. Planet Flora’s theme is energetic, setting the stage for the adventure to follow. Planet Undertow, the following world that’s water-based, has a unique aquatic air to its music. Planet Scorch, the third world, maintains the aforementioned energy but its fast tempo encourages players not to dawdle. Tomoko Sasaki composed the soundtrack for Ristar; she also developed soundtracks for other Sega titles, including the NiGHTS series.

Admittedly, Ristar doesn’t have much to offer in the way of replay value. The game is a joy, to be certain, and it will leave an impression. With that said, outside of the game’s seven worlds, there isn’t much else to do. However, Ristar features a multitude of bonus levels, some of which are more cleverly hidden than others. Anyone looking to top their previous high score may want to play through Ristar again for this reason. For others, it may be worth leaving this title by the wayside before revisiting it a few years down the road.

Simply put, Ristar is an incredible achievement for the Sega Genesis and one that, sadly, has been largely overlooked. However, with the advent of the internet, gamers have become increasingly aware of this game. Akira Nishino, one of the directors of Ristar, filmed an interview for the Sega Genesis Collection that was released in 2006. Nishino believed that the character would never come back, at least in its own series. However, Sega hasn’t left the original title in the proverbial vault.

Over the past several years, Sega created several compilations featuring Genesis titles. More often than not, Ristar was included in the lineup. It has also been released as a solo title on various platforms, Steam being the most prominent. Furthermore, the star-shaped hero made various cameos across subsequent Sega-published titles, including Shenmue and Sonic & All-Stars Racing Transformed. Even if the world never sees a “Ristar 2,” this 1995 classic remains a must-play. 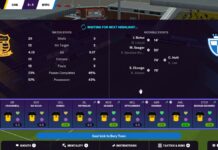 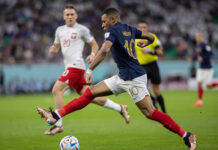 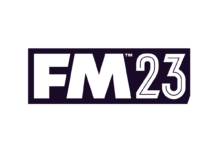