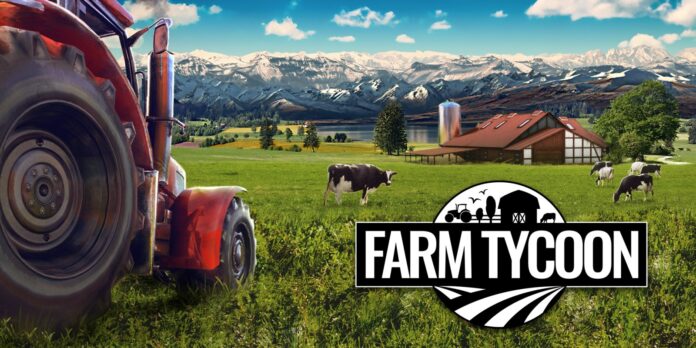 When I think of farming games, my mind immediately drifts to the soothing vibes of Stardew Valley and Harvest Moon. I love being given a long list of busywork that lets me zone out and forget my own to do list for a while.

Farm Tycoon is the exact opposite of this. I was punished for not paying attention and I kept going bankrupt, and yet I still couldn’t seem to put it down. While I may not have enjoyed every minute of the gameplay, I could definitely see myself sinking a lot of time into this title on long journeys or in waiting rooms. 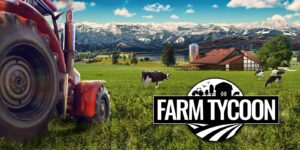 What to Expect from Farm Tycoon

This detailed farming simulator lived a previous life as a popular PC title, Farm Manager 2018, before being repackaged for the Nintendo Switch by Polish studio, SONKA. Akin to Stardew Valley, you are tasked with saving your dead mother’s family farm only this time instead of falling into ruin, it’s been destroyed by a hurricane. There’s a lot of content for you to get stuck in with, allowing room to continually upgrade your fields, employees and machinery as you expand your farming empire.

If you’re not used to detailed tycoon games, it can be a little hard to get to grips with at first. Each aspect of your farm needs to be meticulously managed, so balancing your budget is very important. However, the sheer amount of crops, machinery, buildings and decorations to choose from can make it very hard to decide what to spend your rapidly dwindling funds on. As somebody fairly new to this type of game, it felt very overwhelming and I actually ended up restarting my campaign several times before I got a handle on the budgeting.

The attention to detail in Farm Tycoon really helps the world to feel more alive. Your workers will put on hazmat suits before spraying the fields, the vets arrive in sedan cars with little medicine bags and any goods purchased from the market are delivered by trucks. The architecture seems very reminiscent of the Eastern European farmhouse style found in the developers home country of Poland, which adds a nice touch.

Although Switch ports tend to have a reputation for bad control schemes, the controls for Farm Tycoon are still relatively intuitive. The game is played through an endless maze of menus and sub-menus that are opened by moving the cursor around the screen, or by pressing the left bumper button to see all the options for building, repairing and managing each of the various elements that make up your farm.

Farm Tycoon can be played at three different speeds by pressing in the thumbsticks, but you’re unlikely to need them much since I played my entire game on 3x speed since the normal speed was so painfully slow. If you get lost, you can press ‘X’ at any time for helpful reminders and pressing ‘Y’ will display your current objectives on screen, with further details about your goals being found under the ‘+’ button.

Farm Tycoon has multiple game modes for you to choose from:

The campaign mode in Farm Tycoon is designed to act as the tutorial, giving you increasingly more difficult assignments to complete as the game progresses. The mode can be played in normal or casual mode which increases your income by 15%, allowing you a little more breathing room to upgrade faster.

Unfortunately, there isn’t much focus given to learning the controls and the assignments themselves are not very detailed, which often left me fending for myself as I tried to earn enough money to buy the required items to pass each assignment. I’m still not sure if I ever finished the designated tutorial section as there was seemingly no end to the number of machines it wanted me to buy!

Farm Tycoon’s scenario mode gives you a number of highly-specific challenges to choose from, such as breeding animals, not using machinery or operating a vegan farm. While each of these scenarios have their merits, they get repetitive quite quickly as you spend a lot of time waiting around for tasks to complete. For me, I started to feel like a zookeeper desperately waiting for their endangered animals to breed as I sat waiting for my cows to have enough babies for the scenario to end.

The freestyle sandbox mode is where Farm Tycoon really shines. After choosing your difficulty and choosing from 3 amounts of starting cash, you are given an empty field to build the farm of your dreams. There is a list of suggested goals to guide you, completing any of these in the allotted time will give you cash bonuses, but otherwise you’re free to decide which resources to invest in.

This mode was by far my favourite, but granted this is likely because I am a casual gamer who loves to spend hours ignoring progression in favour of building. For me, having no fail states allows me to truly explore what’s on offer without worrying about messing everything up down the line. I’d really recommend starting with this mode to help you figure out how to play the game before dipping your toes into the harder difficulties.

While I do wish that some of the crops didn’t take so long to grow, the machines were a little easier to figure out and the automatic trading upgrade didn’t cost so much; my biggest issue was the stability of the game.

It often feels like the game’s mechanics are at odds with each other, leading to a lot of game-breaking bugs and crashes. I found myself being kicked out to the home screen and losing several days of progress more times than I could count, making Farm Tycoon one of the most unstable Switch games I’ve played in a long time. However, thanks to the prevalence of patches in today’s games industry, this is likely to be fixed soon so I wouldn’t let this put you off if you think you’ll enjoy the game.

This One Went To Market

While I may have found Farm Tycoon pretty difficult, I can easily see why other types of gamers could fall in love with the challenge. If you think you’re up to the task of running a successful farm, the game is on sale on the Nintendo eStore until 26th June 2022.

If you’ve already bought it and are struggling to manage everything, check out our tips and tricks on running a successful farm in Farm Tycoon.

Did you enjoy Farm Tycoon for the Nintendo Switch?

Let us know in the comments below.
0
Did you enjoy Farm Tycoon for Nintendo Switch?x