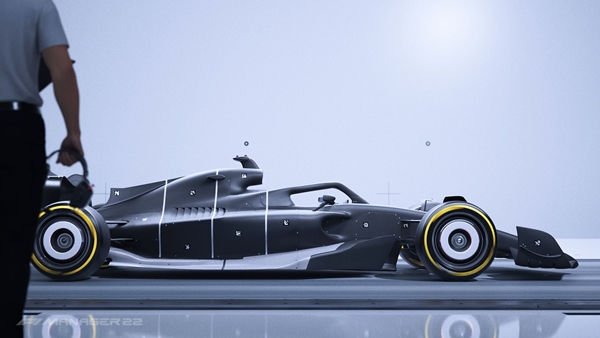 Sports management games are nothing new. I remember hiding away in my dad’s office for hours playing Championship Manager, even though I didn’t really know much about football. Many different sports have had successful management simulator games, from ball sports like football, baseball, and hockey to others like American football, cycling, and wrestling. Motorsports fans have not had such luck, until F1 Manager 2022 that is.

Thanks to the success of the mobile game, F1 Clash: Car Racing Manager, motorsport fans are finally getting a fully realized management game thanks to the recently announced, yet long-awaited, F1 Manager 2022. Promising to be the most in-depth, officially licensed F1 management simulator ever, this game teaches you how it feels to be someone like Christian Horner, the Team Principal of the Red Bull F1 Team.

The game is being developed by independent British studio, Frontier Developments. If that name sounds familiar to you, they’re the studio behind premier management sim giants Planet Zoo, Planet Coaster, Rollercoaster Tycoon 3 and the Jurassic World Evolution series. I’m a huge fan of Frontier games, and my partner is a diehard Formula 1 fan, so this game is a must-buy for us.

You’ll be responsible for hiring staff to your team and managing the day-to-day operations of any of the 10 teams on the starting grid. The game boasts realistic 3D models of the real people working in this sport – from engineers and aerodynamicists to the drivers themselves! Every driver from the F3, F2, and F1 leagues are available for you to hire, allowing you to truly customize your team according to your liking and budget limits. While it doesn’t look like there’s any form of team creation, we’re hoping this is a feature Frontier will add in the future.

Similar to the popular mobile game before it, you’ll need to research and develop new performance parts for your cars before and during the season. We’re expecting you’ll be able to redesign the car’s livery and bodywork options as well as conducting pre-season testing for your shiny new upgrades in your factory’s wind tunnel and simulator.

Each Grand Prix will need to be meticulously planned for, down to the smallest element. You’ll need to factor in the weather conditions, tire strategy, and track surface data, all while contending with performance targets from your team’s sponsors. If these goals aren’t met, you’re not likely to earn enough to improve your supermachine and advance up the rankings.

When race day arrives, you’ll need to closely monitor the road conditions so you can make all the necessary adjustments to your set-up as you go. Even a well-planned strategy won’t survive contact with the track. All the action can be viewed in a 3D or a top-down 2.5D view to help you improve your performance during the race, or if you’re pressed for time and inclination, you can simply watch the highlights. Each race has full commentary provided by David Croft and Karun Chandhok, adding a wonderful extra dimension to the gameplay experience.

F1 Manager 2022 will be released for PlayStation 5, Xbox Series X|S, PlayStation 4, Xbox One, Steam, and the Epic Games Store in Summer 2022, meaning fans don’t have too much longer to wait.

Let us know in the comments below.
0
Are you looking forward to F1 Manager 2022?x