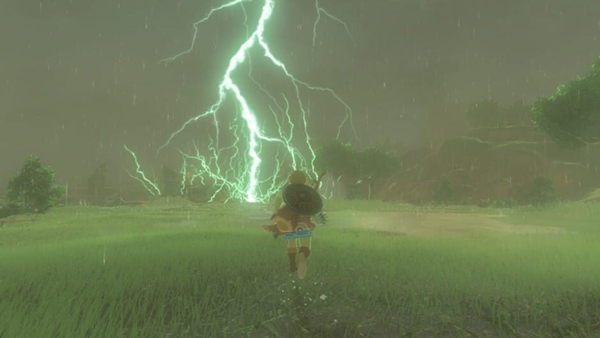 The Legend of Zelda is a series that more than lives up to the term “legendary.” Since 1986, this franchise has captured the imaginations of gamers around the world. From its creative worlds to its puzzling dungeons to its memorable characters, it’s easy to see why Zelda has stood the test of time. It’s also a personal favorite series of mine, as I’ve clocked in countless hours from the time I was old enough to comprehend video games to today.

Before we begin, however, there are a few key points to note. First, this list will only include the mainline Zelda games on Nintendo Switch, so Cadence of Hyrule and the Hyrule Warriors series will be ineligible. Second, this isn’t a definitive ranking; rather, it’s an editorial from a longtime fan. In other words, expect your personal ranking to differ from this. With that said, the Switch has plenty of Zelda games; which Zelda games on Nintendo Switch are most worth playing? Let’s take a deeper dive.

The Legend of Zelda Games on Nintendo Switch, Ranked

Zelda Games Currently Available on Switch (as of 5/7/22)

8. Zelda II: The Adventure of Link 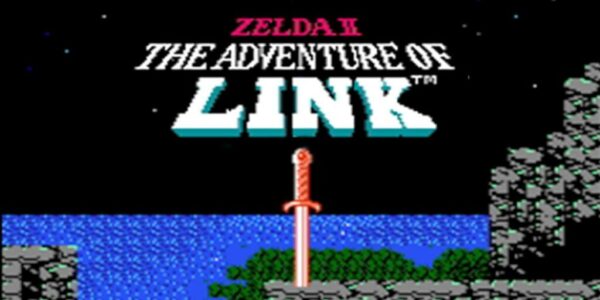 By the time Zelda II: The Adventure of Link was released on the Nintendo Entertainment System, there wasn’t a set “formula” for the Zelda series. The original Legend of Zelda became a classic on the 8-bit console, playing as a top-down action-adventure title. Meanwhile, Zelda II was more akin to a side-scrolling action game with RPG elements. While an ambitious game in its own right, it was ultimately bogged down by myriad issues. These included a lack of a map system, cryptic guidance from NPCs, and combat that, at times, felt unfair. I covered Zelda II this past January and those thoughts carry over here.

Zelda II is far from the worst NES game, but in terms of the larger Legend of Zelda series, there are far better entries. Zelda II is currently available on Switch as part of Nintendo Switch Online.

7. The Legend of Zelda

It was in 1986 that a legend began. The original Legend of Zelda for NES established the groundwork for the larger series to follow. Not only did it introduce the franchise’s most iconic characters – namely Link, Ganon, and of course, Princess Zelda – but the gameplay philosophies that most 2D Zelda games would follow. It also established the game’s use of dungeons, filled with puzzles to be solved and enemies to be overcome. Throw in an overworld ripe with secrets and it’s easy to see why this game captured the minds and hearts of gamers decades ago

A lack of a detailed map system and potential confusion as to where to go next prevents this game from truly standing the test of time, but for those looking to dive into gaming history, The Legend of Zelda is available on Nintendo Switch Online.

6. The Legend of Zelda: Link’s Awakening

A remake of the Game Boy classic, The Legend of Zelda: Link’s Awakening was released on Switch on September 20, 2019. This game, featuring Link in a new, mysterious environment known as Koholint Island, was given new life on Nintendo’s hybrid console. In addition to a new toy-like art style, it featured many quality of life improvements and innovations over the original. With the Switch’s increased number of buttons compared to the Game Boy, item management is considerably easier. In addition, warping between different points on the map is easier, as the player can now choose where they’d like to go instead of appearing in a random location.

Pricing a revamped Game Boy game at $59.99 USD may seem steep but it’s difficult to overlook the quality in place. Link’s Awakening is one of the Zelda games on Nintendo Switch worth playing.

5. The Legend of Zelda: Majora’s Mask

To call The Legend of Zelda: Majora’s Mask for Nintendo 64 a unique entry in the larger series, not unlike Zelda II, would be an understatement. However, whereas Zelda II remains incredibly divisive, Majora’s Mask became many fans’ favorite. Utilizing many assets from The Legend of Zelda: Ocarina of Time, Majora’s Mask introduced the unsettling yet imaginative world of Termina, where Link is given only three days to save it from annihilation. This three-day cycle is the new core mechanic at play and the game’s emphasis on mask collecting means that side quests, a staple of Zelda at large, are that much more important.

Majora’s Mask saw a remake on Nintendo 3DS, though many of its changes were met with resistance from longtime fans. However, the untouched original is currently available via the Nintendo Switch Online Expansion Pack. Simply put, this unorthodox entry ranks well among the Zelda games on Nintendo Switch.

The Legend of Zelda: Skyward Sword HD is a remake of the Wii classic, which used sophisticated motion controls to give players more control over their offense. Skyward Sword takes place at the very beginning of the Zelda timeline, prior to the creation of Hyrule. Upon its initial release on Wii, Skyward Sword was met with criticism, largely due to the incessant nature of Fi, repetitive battles, and even the motion controls in question.

While Skyward Sword HD doesn’t address every last concern, it did enough to warrant its existence on Switch. In fact, smart changes such as a more user-friendly camera, an autosave option, and button controls make the Switch remaster the definitive version. While it’s still the same game at its core, these changes make the game in question a more enjoyable experience.

3. The Legend of Zelda: Ocarina of Time

Also available as part of the Nintendo Switch Online Expansion Pack is the game that brought the Zelda series into 3D. The Legend of Zelda: Ocarina of Time is often regarded as the landmark 3D action-adventure title, not only establishing a new formula for the series but other titles inspired by it. Z-Targeting, in particular, was introduced here; target-locking would go on to become a fixture in many action-adventure games.

To this day, Ocarina of Time remains the highest-rated game of all time on Metacritic, and while such traits as its barren open world may not have aged quite as well, it’s still 3D Zelda at a high level. Like Majora’s Mask, it saw both re-releases and a 3DS remake, the latter of which was received far better than Majora’s Mask’s. Nonetheless, the original Ocarina of Time is available on Switch, provided one has access to the Expansion Pack.

2. The Legend of Zelda: A Link to the Past

Taking what made the original Zelda on NES and bringing it up to a higher level, The Legend of Zelda: A Link to the Past for the Super Nintendo is arguably the best 2D Zelda game. With a wider range of items, optional side quests, and a Light World/Dark World system, this game was a major step up from what the NES had to offer. In fact, it’s the contrast between the game’s Light World and Dark World that gives it an identity all its own. One may consider the Light World an extended tutorial of sorts before the game’s next act takes place.

1. The Legend of Zelda: Breath of the Wild

In what should be a shock to few, The Legend of Zelda: Breath of the Wild ranks number one in the list of Zelda games on Nintendo Switch. Released in 2017 on Switch, as well as Nintendo Wii U, this game successfully reinvented the series formula. Breath of the Wild takes place at the end of the Zelda timeline, with Hyrule devastated by Calamity Ganon and his nefarious forces. Its open-world structure was a drastic departure, though it was met with positive reception, especially since it gave players more freedom and encouraged experimentation at a higher level than in any Zelda game prior. This level of freedom extended to how users traversed the world, battled enemies, and tacked shrines and their puzzles.

With The Legend of Zelda: Breath of the Wild 2 set to release sometime next year, it goes without saying that the sequel has much to live up to.

Do you agree with our ranking of Zelda games on Nintendo Switch?