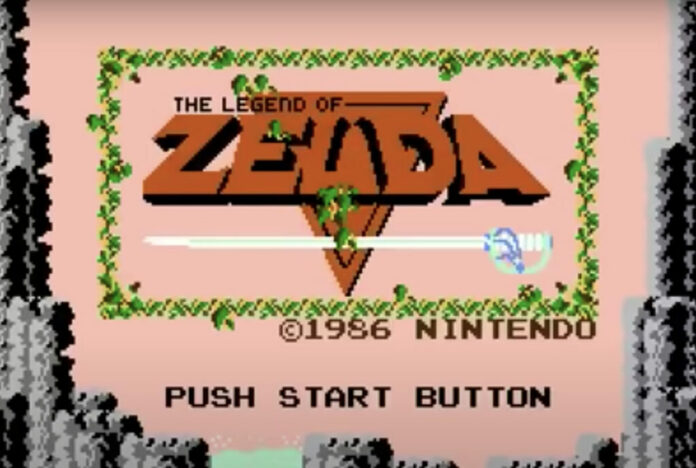 Gaming has a rich history that spans multiple decades. To this end, The Last Word on Gaming Backlog is a series that looks back on titles across all generations. From the golden 8-bit era to the landscape-changing 64-bit scene and beyond, The LWOG Backlog’s aim is history. Though it may be dangerous to go alone, the journey ahead established a legacy worthy of the title “legendary.” This week, we take a look at The Legend of Zelda (NES).

The Legend of Zelda (NES) – An Overview

The First Journey Throughout Hyrule

The landmarks that the original Nintendo Entertainment System created can’t be denied. For proof of this, look no further than the original Legend of Zelda. Released in 1986 in Japan, as The Hyrule Fantasy: Zelda no Densetsu, and 1987 in North America and Europe, this would become one of the 8-bit console’s defining titles. The story about a young elf-eared boy rescuing a princess from a nefarious beast was primed for a little adventure game. Little did gamers in the late 80s know that this would create a franchise that’s as big as it’s ever been.

One of the designers of The Legend of Zelda (NES) was Shigeru Miyamoto, who went on to become Nintendo’s figurehead and one of its business representatives. During development, Miyamoto drew inspiration from his childhood, recalling his days exploring woods, caves, and other such areas in Kyoto, Japan. This idea of exploration would become the focal point of not just the original Zelda but the series as we know it today. Over the years, said series took on different forms, some better received than others. How does the original hold up? Let’s take a closer look.

The Legend of Zelda (NES) stars Link, the series protagonist that became legendary in his own right. A small kingdom in the land of Hyrule is overrun by evil forces, led by the Prince of Darkness himself, Ganon. Not only has Ganon summoned various monsters to rule the land around them, but he stole the Triforce of Power; if he seizes the Triforce of Wisdom as well, he will gain power beyond imagination. In an effort to slow Ganon’s progress, Princess Zelda separates the latter Triforce into eight pieces, hiding them throughout Hyrule, before she’s kidnapped by Ganon. Impa, Zelda’s nursemaid, meets Link, who rescues her from a band of Ganon’s monsters. Noting the young boy’s courage, Impa implores him to rescue Zelda and restore peace to Hyrule once more.

The premise of the original Legend of Zelda is simple: rescue the princess by defeating the ultimate evil. However, the story serves its purpose in establishing a narrative solid enough to keep the player going. At the time of the game’s release, however, few people knew who Ganon was. What does he look like? What are his powers? The mystery surrounding this great antagonist was nothing short of palpable, making the game all the more engrossing. Throw in a vast world that, in its own way, told stories and it’s easy to see how this classic NES title established lore for the series.

The Legend of Zelda (NES) is an action-adventure title that implements light RPG elements. Though this isn’t a game that requires much in-depth analysis, as it’s been played and analyzed countless times, it did a few things unique to action-adventure games at the time. First, from a hardware standpoint, it established the importance of backup saves. The original Legend of Zelda isn’t a short game, especially for those that insist on forgoing walkthroughs, and a game this sophisticated wouldn’t bode well with a password system. Not only did the ability to save help gamers keep track of their progress but it afforded developers with more freedom.

From a gameplay standpoint, The Legend of Zelda (NES) is nothing short of sprawling. The game doesn’t provide a clear direction, as to where the player should go next, meaning that one playthrough won’t be exactly the same as another. The game’s 9 dungeons are spaced out on the map, but the land around the player houses a variety of secrets. What this means is that a simple bush, for example, could house an important item or bundle of Rupees. Granted, certain secrets can be very cryptic, resulting in potential secrets left unchecked.

In fact, it’d be fair to say that the original Legend of Zelda for NES is on the difficult side. In addition to the aforementioned cryptic nature of the game, combat can be tricky. The first few dungeons are relatively tame, easing the player in as they learn the controls, but it doesn’t take long for the intensity to ramp up. From defense-heavy Darknuts to heavy-hitting Lynels to the game’s various boss encounters, this game will test even the most seasoned of gamers.

Visually speaking, The Legend of Zelda (NES) shows its age. This isn’t to say that it’s a bad-looking game, as it makes use of the Nintendo Entertainment System’s color palette the best it can. Furthermore, the monsters, environments, and Link himself are sufficiently detailed, making it easy to determine what everything is. The game’s top-down perspective allows these unique designs to enjoy maximum TV screen real estate.

The original Legend of Zelda’s audio is nothing short of striking, however. Composed by the legendary Koji Kondo, the game’s few songs are excellently crafted and memorable to boot. From the title theme to the overworld melody to the song that plays in standard dungeon areas, it won’t take long for any of these tunes to get stuck in one’s mind. The first-ever Legend of Zelda soundtrack is far from extensive – there are only 6 true songs in total – but it’s unforgettable all the same.

The Legend of Zelda (NES)’s replayability is dependent on multiple factors, one’s reliance on a guide chief among them. This game is nothing if not cryptic, meaning that a first-time player is liable to wander while making slow progress. In the late 1980s, it wasn’t unfathomable for a young gamer to spend their entire summer vacation playing through The Legend of Zelda, conquering dungeons and uncovering secrets. Today, if a newcomer were to play with the help of a guide, a single playthrough can last anywhere from 5 to 10 hours.

However, for those that have taken to The Legend of Zelda on NES, there is more game to be found beyond the initial campaign. This game houses a “Second Quest,” which increases the difficulty and randomizes the locations of items, dungeons, and the like. To access the Second Quest, either complete the original adventure or create a new save file with the name “ZELDA.” By doing so, one’s time with The Legend of Zelda (NES) will, at the very least, double.

Suffice to say, The Legend of Zelda (NES) was a success, becoming one of the most historically significant games from there. It sold over 6.5 million copies on the NES, making it one of the console’s top ten best-selling games. More importantly, it launched a major gaming franchise, consisting of everything from countless games across multiple systems to merchandise to even a short-lived animated series.

Nintendo hasn’t been shy about re-releasing the original Legend of Zelda, either. Whether it has been The Legend of Zelda: Collector’s Edition for the Nintendo GameCube, countless Virtual Console platforms, or the NES Classic Edition, there’s no shortage of ways to play the first-ever Zelda title. Currently, it’s available among the Nintendo Switch Online lineup of NES titles, so if you have somehow never experienced it, now’s as good of a time as any.