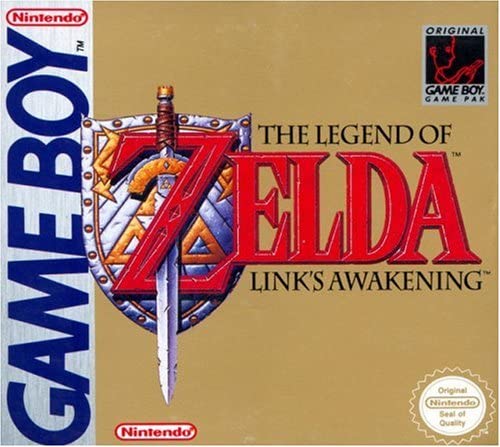 Gaming has a rich history that spans multiple decades. To this end, The Last Word on Gaming Backlog is a series that looks back on titles across all generations. From the golden 8-bit era to the landscape-changing 64-bit scene and beyond, The LWOG Backlog’s aim is history. It’s a game so good, it almost feels like a dream – this time, we take a look at The Legend of Zelda: Link’s Awakening for the Game Boy.

The Legend of Zelda: Link’s Awakening – An Overview

“Awaken the Wind Fish and All Will Be Answered.”

By the early-to-mid 1990s, the Game Boy had become the established portable system on the market. While there have been competitors, such as the Atari Lynx and Sega Game Gear, that came and went, the Game Boy held its position well beyond what many considered its best-by date. One of the reasons for this was its vast array of content, certain titles best emulating their home console counterparts with inferior hardware. For evidence of this, look no further than The Legend of Zelda: Link’s Awakening, which was developed and published by Nintendo for a worldwide 1993 release.

What began as a port of the Super Nintendo classic, The Legend of Zelda: A Link to the Past, the project undertaken by Nintendo Entertainment Analysis & Development led to the creation of an entirely unique title. In fact, many of the people that developed A Link to the Past worked on Link’s Awakening, taking what made the former work and translating it to the Game Boy for the latter. Nearly two decades following its release, the Zelda series’ debut on the Game Boy is considered a classic. Take a deeper look to learn why.

Following the events of The Legend of Zelda: A Link to the Past, Link embarks on a journey for wisdom and strength that will help him better face the threats to his homeland. However, while at sea, Link is caught in a storm. Despite his best attempts to steer his ship in the right direction, the weather proves to be too much for the young hero. Some time later, he awakens on a beach on an island he’s unfamiliar with, a young woman with red hair finding him washed ashore. The young woman, Marin, informs our hero that he’s on Koholint Island. Now, Link must uncover the mystery of Koholint as he attempts to find his way home.

The Legend of Zelda: Link’s Awakening is unique for numerous reasons. One of the most striking, from a narrative standpoint, is that it doesn’t take place in Hyrule but rather Koholint Island. Though Princess Zelda is referenced, she isn’t present in this game, nor is Link’s greatest nemesis, Ganon. However, this opens the game to many new possibilities, introducing the series to a colorful cast of characters and a story shrouded in mystery. Throughout the game’s extensive campaign, Koholint Island itself is almost a character all its own, its secrets ready to be uncovered.

In terms of gameplay, it’s easy to see how The Legend of Zelda: Link’s Awakening started life as a Link to the Past port. Essentially, the gameplay philosophies of both titles are in line with each other. Link’s tasked with journeying through Koholint Island, tackling the various dungeons to defeat the bosses, which this game refers to as Nightmares. By doing so, Link collects Instruments of the Sirens, which are enchanted musical instruments used to wake the mysterious Wind Fish.

In addition to narrative strides, Link’s Awakening made several gameplay strides to boot. In addition to classic Zelda items such as bombs and the bow, Roc’s Feather allows Link to jump in the air, which was an ability unseen since Zelda II: The Adventure of Link. However, swapping out items can be a test of patience given the Game Boy’s lack of buttons. The B and A buttons are used for item management, meaning that Link can only hold two items at a time. A player may want their sword equipped at all times, so expect to frequently rotate items with the other button.

Though the end game is to wake the Wind Fish and leave Koholint Island, this isn’t all that Link’s Awakening has to offer. There are different side missions and objectives that will keep completionists playing for some time. This is true whether it comes to collecting secret seashells scattered about the island or engaging in a trading sequence with the island’s various residents. While these aren’t needed to see the end credits, they yield rewards that make completing them worthwhile.

The best-looking Game Boy games have traditionally been the ones that maximized the system’s limited hardware. The Legend of Zelda: Link’s Awakening is no exception, showcasing character sprites that brim with personality. From Link itself to the friends he meets to the bigger, detailed Nightmares, there’s been no expense spared here. The same can be said for the detailed environments that illustrate how diverse Koholint Island is. For the Game Boy, Link’s Awakening stands out visually.

However, it’s in its soundtrack where Link’s Awakening proved to be especially memorable. The names credited to this game’s composition are Kozue Ishikawa, Minako Hamano, and Kazumi Totaka, each with their own track records. Totaka has been particularly involved in Nintendo projects, his work spanning multiple decades. Link’s Awakening’s composers successfully crafted a soundtrack that not only fit the Zelda franchise but gave said franchise’s first Game Boy an identity all its own.

The Legend of Zelda: Link’s Awakening is an incredibly substantial game, clocking in at anywhere from 14 to 15 hours based purely on completing the main story. However, as mentioned earlier, there are additional objectives that take the player off the beaten path. With this in mind, it shouldn’t surprise one if they spend a few more hours with this game combing through everything that it has to offer. When it comes to sheer longevity on the Game Boy, Link’s Awakening is in an elite class.

It should come as little surprise that The Legend of Zelda: Link’s Awakening was a success. In addition to moving 3.7 million units during its lifetime on the Game Boy, it was awarded accolades from publications ranging from Electronic Gaming Monthly to IGN. The game was such a success, in fact, that it was given new life on the Game Boy Color courtesy of The Legend of Zelda: Link’s Awakening DX. Released roughly 6 years following the Game Boy original, the DX version boasted unique features such as an exclusive dungeon and Game Boy Printer functionality.

More recently, in 2019, a Link’s Awakening remake hit the Nintendo Switch, featuring a unique clay toy-like aesthetic in place of the original’s sprite work. The Game Boy original was also included on the Game & Watch: The Legend of Zelda device that saw a 2021 release. Link’s Awakening has not been lost to time, as Nintendo made certain over the years. Though it was originally released on the Game Boy, this legendary title made the most of the system’s capabilities, bringing an experience all its own to Zelda and action-adventure fans alike. In other words, it more than earned its reputation.