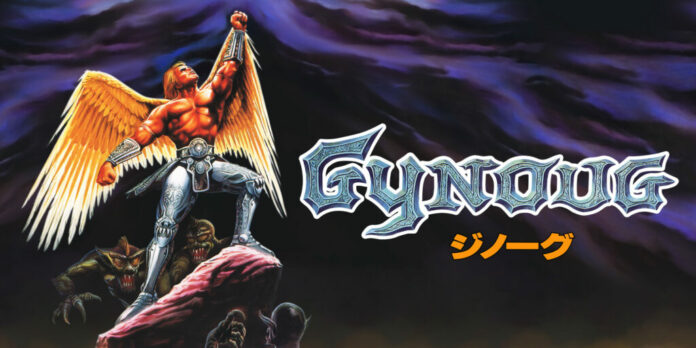 Indie publisher Ratalaika Games has announced that Gynoug has been released today digitally on November 12, 2021, for the Sony Playstation 4, the Xbox, and the Nintendo Switch. The shoot’em up has already received rave reviews from critics, such as Nintendo Life who gave the game an 8/10. Gynoug can be purchased for $6.99 USD or $5.99 GBP/EUR.

With the world being ruined by a virus that has turned its inhabitants into creatures known as the “Mutant of Iccus”, you must do battle to save what’s left of the planet. Gynoug- The Winged Warrior Returns is a single-player shooter that spans six levels of intense action against an assortment of baddies and enemies that can send chills up your spine. Each mutant is more challenging than the next, presenting fights that will keep the player on their toes constantly.

Ratalaika Games’ main goal is to bring 2D games and visual novels to modern-day consoles, and they really seem to have hit the mark with this fun shooter. A very reasonable price tag is a big enticement for gamers to give this title a shot.

2D shooters are always a fun, simple experience for gamers that only require time and a controller. Games such as this show that you do not necessarily need over-the-top graphics in order to deliver an enjoyable experience.

They are many of these gems that are just waiting to be brought back into modern-day gaming, and it seems that is the goal of Indie Publisher Ratalaika Games. Older games, especially rarer ones, are a treasure trove for companies just waiting to be excavated into the modern gaming world.

Get your copy today as Gynoug the Winged Avenger needs your help to save the world of Iccus!

Half-Life 2 Remaster Made by a Fan Coming to Steam