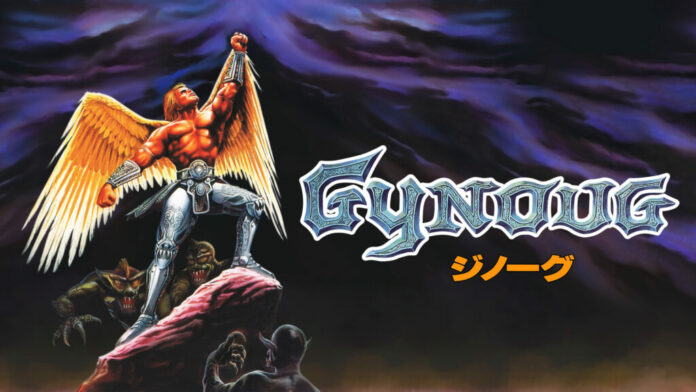 Ratalaika Games have already delivered one of the toughest and strongest retro ports to console on 2021 with the outstanding Gleylancer and now we will see the explosive blaster Gynoug coming to consoles too on November 12th.

Gynoug was originally released on the Sega Mega Drive and was known as Wings of Wor in America where the game picked up a large following of fans.

In a plot that seems disturbingly similar to where we live right now, the planet has been decimated by a virus and this has mutated some of the most horrific creatures you will ever see. They are the Mutants of Iccus who are led by the evil Destroyer and it is down to you to save the planet from certain destruction.

Do or Die Action

Gynoug has a power up system that will enhance your firepower and protective shields the more you succeed and the more enemies you destroy but you will need to work hard to gain these as they don’t come just served on a plate. By collecting orbs you will get upgrades the more you collect and if you find a red orb you will get a super bonus upgrade.

Gynoug is packed full with enemy bosses, ghouls, weird and wonderful creatures and you will need quick reactions to get through the six levels alive.

Gynoug blasts it’s way onto Xbox, PlayStation and Nintendo Switch on November 12th and will be available as a digital download for £5.99/€5.99/$6.99