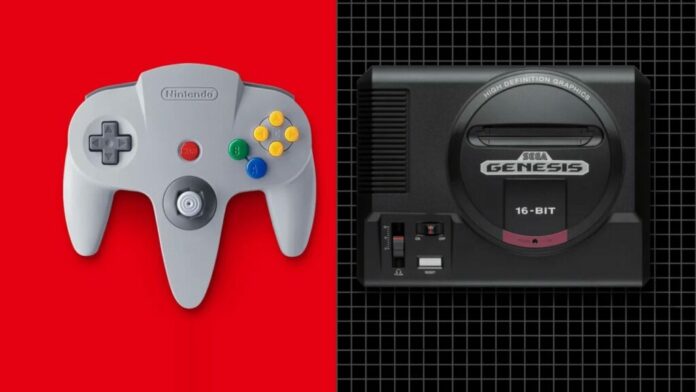 Nintendolife.com contributor Liam Doolan, via a tweet from data miner MondoMega, is reporting that the Nintendo Switch Online “Expansion Pack” service will contain at least 38 N64 and 52 Sega Genesis Mega Drive games. MondoMega also discovered that there could be more systems being represented, such as Gameboy and SNES. While this is currently just a rumor, the prospects for the future of the service will have many gamers chomping at the bit.

What Games Could Be On The Horizon?

So far, Nintendo has mentioned games such as The Legend of Zelda, Majora’s Mask, and F-Zero X, but what others could be released? The Sonic the Hedgehog and Golden Axe franchises would have to be at the top of the Sega Genesis list while the N64 could have classics such as Donkey Kong 64, GoldenEye 006, or anything Super Mario related. MondoMega seems to have discovered Super Smash Brothers, Wave Rider, and Mario Party currently. If Gameboy games are coming, expect to see Pokemon rear its head and add to the list.

This is a fun rumor and one that could really add to the attractiveness of the Nintendo Switch service. Not only for the sheer variety of console games you get to choose from, but also the quality of games selected. The classics such as Legend of Zelda and Super Mario will bring in old-school gamers who want to enjoy the games from their youth. This is definitely a good move by Nintendo if it does come out to be true.