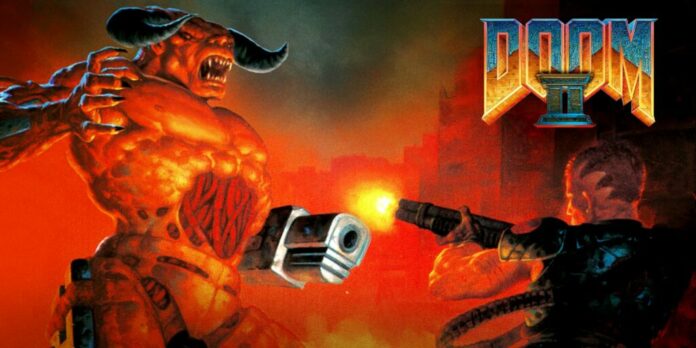 Gaming has a rich history that spans multiple decades. To this end, The Last Word on Gaming Backlog is a series that looks back on titles across all generations. From the golden 8-bit era to the landscape-changing 64-bit scene and beyond, The LWOG Backlog’s aim is history. This time, it’s time to take a look at the bigger, beefier sequel to arguably the most important first-person shooter in history. Today, it’s all about Doom II.

The original Doom is, without question, one of the landmark video games in the industry’s history. I spoke about this title at length in a previous LWOG Backlog this past July and everything said there applies here. Simply put, it laid the groundwork for other FPS titles to follow. For context, in late 1995, it’s been said that the original Doom was installed on more computers than the Windows 95 operating system. When it came time to develop a sequel, John Carmack, John Romero, and the rest of the team at id Software built upon what made the first so memorable.

Doom II saw a relatively short development cycle, with the aforementioned team creating it within 11 months or so. This was largely due to the fact that the game ran on the engine of its predecessor. To make the game feel larger, however, more enemies and bigger levels were built. These brought further credence to the fact that Doom II wasn’t simply a cash-grab. Originally released on October 10, 1994 on PC, how does this title hold up over two and a half decades later?

Doom II is a direct sequel to the original Doom. The player assumes the role of Doomguy, also known as Doom Slayer, who returns to Earth after laying waste to demons in outer space. However, upon his arrival to Earth, Doomguy finds that the planet has been overrun by demons. Not only have they killed countless earthlings, but our hero’s beloved pet rabbit, Daisy, became an innocent casualty as well. Fueled by rage, Doomguy arms himself for battle as he takes the fight to the invading forces.

The Doom franchise isn’t one that’s made or broken by its story. For most players, the franchise in question is all about ripping and tearing through hellish creations, throwing discretion out of the window. With that said, the fact that Doom II is a direct follow-up means that it’s that much easier to get involved in. The stakes are higher as well, since the player isn’t fighting demons in outer space but their very own home planet.

As mentioned earlier, Doom II runs on the same engine as the first game. What this means is that returning players will feel right at home as soon as they load up the campaign. However, the sequel makes a number of changes that help it stand out. Among these is in its weaponry. While the entirety of the first game’s arsenal is carried over, Doom II implements a new firearm in the Super Shotgun. It utilizes two bullets for each shot, but packs a more devastating punch, obliterating individual enemies and even those in groups. It feels like there is more weight to it than the standard Shotgun and utilizing it in combat never feels tired.

Other changes can be seen in the cast of monsters. Once again, those from the first game, such as the Imps, Barons of Hell, and Lost Souls return in Doom II. There are several new enemies as well, some tricker than others. To name a few examples, the Heavy Weapon Dude is armed with a Chaingun they can fire to eternity, the Revenant utilizes missiles that will seek out Doomguy, and the Arch-vile not only attacks with fire, requiring the player to evade and seek cover, but they can revive dead monsters as well. Doom II’s full cast of monsters is essentially double that of the original, tasking the player to know which weapons to switch between and strategize for every possible situation.

Lastly, Doom II’s levels are larger and more sprawling than those of the original Doom. The levels in question are spread out across a 32-level adventure, forgoing an episodic structure in favor of a more straightforward one. Make no mistake, either: the levels in Doom II are massive. While this means that levels contain more secrets, such as weapons, ammo, health pickups, and the like, the levels in question can also be more difficult to navigate. Even with Doom II’s built-in map, don’t be surprised if you find yourself wandering aimlessly before you eventually discover where to go next.

Visually speaking, Doom II is in line with the original game. From the way that environments appear to how monsters are designed, those that have played said original game will take no time becoming accustomed to this new adventure. Despite being released in the mid-90s, Doom II’s art style holds up, especially in regard to the monster designs, which have been updated in subsequent games in the series. Additionally, given the right PC source port and mods, the base game can look even cleaner and more high-resolution.

It’s in the audio department, however, where Doom II truly shines from a presentation standpoint. The sounds of weapons, as well as the growls, grunts, and cries of monsters, provide a moody atmosphere to this frantic, balls-to-the-wall gaming experience. Robert Prince returns to compose Doom II, creating what is arguably a more dynamic soundtrack. These feel more like original tracks as opposed to songs based on well-known heavy metal songs. “Running From Evil,” “Into Sandy’s City,” and “Shawn’s Got the Shotgun” are my personal favorite tracks, though there isn’t a dud to be seen throughout.

Doom II, much like its predecessor, is an incredibly replayable game that will last the average gamer quite some time. A rushed playthrough may take one anywhere from 7 to 9 hours, though this is only for the base game. Keep in mind that, in December of 1995, Master Levels for Doom II was released. This expansion contains 20 WAD files, as well as thousands of homebrew levels. This doesn’t even begin to touch on No Rest for the Living, an expansion released in line with Doom II’s Xbox Live Arcade port, which adds 9 more levels.

Furthermore, like the original Doom, there is a devoted fan community for Doom II. A simple Google search will pull up a seemingly countless number of WADs and fan mods, which either alter the base game or transform it into an entirely unique experience. In fact, there’s far more support for Doom II due to the various improvements made over the first Doom. If you’re a PC gamer, and you haven’t dived into the deep sea of Doom II fan creations, it’s more than worth a look.

It would be fair to call Doom II a success out of the gate. Shortly after its release, it was difficult to find in stores, as copies moved quicker than what stores could stock. It went on to become the highest-selling PC game of 1994. One may assume that Doom II is simply “more of the same,” but given how popular the original title was, this was more than enough for most. Furthermore, id Software brought enough new elements to the table, all the while expanding upon the original Doom.

In the many years that followed, Doom II found life on different platforms. These included, but weren’t limited to, the Sega Saturn, PlayStation One, and Game Boy Advance, each version altering the original game in different ways due to hardware shortcomings and the like. Currently, Doom II is readily available on not only PC but, by way of Bethesda’s 2019 re-release, smartphones, Xbox One, PlayStation 4, and Nintendo Switch. If you’re looking to experience one of the most important video games of all time, there’s no shortage of options to consider.