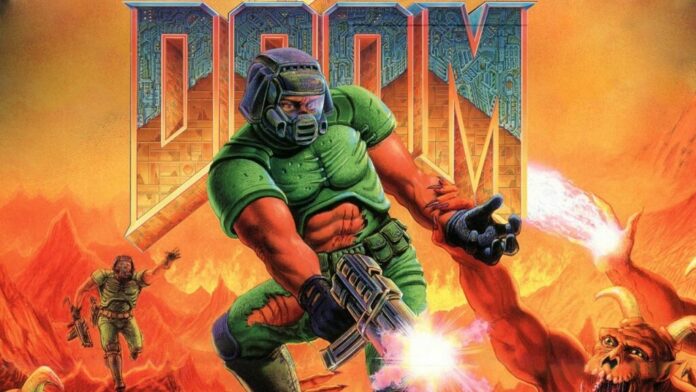 IGN.com contributor Jared Moore, via tweets from the new Tweet2Doom Twitter account, is reporting that a new Tweet2Doom bot has been created for players to play the classic shooter on Twitter. The gameplay is in short ten-second clips that display choices made, similar to a turn-based strategy game. Players plan their next move carefully, unlike how the original Doom required real-time decision-making. Competitive speed runs have been completed, with players able to traverse any kinks that need to be worked out within the game. Doom on Twitter is following the release of the Doom Slayers Collection being released on the Nintendo Switch, breathing new life back into the franchise.

Classic Doom on Twitter Is Happening and the Results are Positive

With the release of the Doom Slayers Collection, this news may come as a surprise to gamers. However, combining the popularity of both Twitter and Doom makes total sense. Doom’s influence has been widespread since being released in 1993, ranging from gaming joy to gaming controversy. However, the game has survived its detractors and has made appearances in games ranging from Fallout 4 add-ons to Minecraft mods. Each adaption has taken hours, even days to re-create, which reflects the status that classic Doom has in the industry. The modifications to fit Twitter may feel weird at first, but gamers have already jumped in headfirst with their speed runs.

Is Multiplayer a Foregone Conclusion?

Let’s be honest, a multiplayer component of Twitter Doom HAS to be the next step. Not only would it work to build tighter relationships between followers, but imagine coming home from a long day and being able to release your stresses in competitive FPS style throwdowns. Have a major disagreement with a fellow tweeter? Set up a one vs. one match and let the winner have bragging rights. The future possibilities could be endlessly entertaining.

Adapting games through Twitter may be the new trend, thus making older games accessible to both veteran players and newcomers alike. Classics such as Super Mario Bros. or Legend of Zelda could fit well with the command input system. Doom‘s legacy has survived 28 years and counting, so I wouldn’t be surprised if Doom continues to be playable on other new formats well into the future.