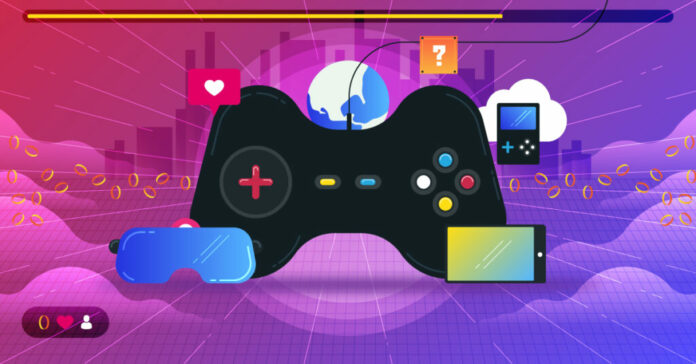 I was sitting around last night watching a friend play Red Dead Redemption 2 whilst I casually played some FIFA 22 games and we decided to have a chat about our favourite games growing up and our favourite moments of gaming when we were younger. But as I loaded up another SBC on FIFA 22, something hit me: Video Games aren’t as good as they used to be.

Video Games Aren’t What They Used To Be

Are Video Games Trying to be too realistic?

And before anyone says it, this isn’t a catch-all phrase. There are some video games such as the most recent Ratchet and Clank game, A Rift Apart, that is a quality game and a great addition to a franchise.

But why is it any better than Ratchet and Clank 3: Up Your Arsenal? Honestly, it’s not. Sure the graphics are better and the PS5 works its magic to create a more realistic feel. But how realistic do you need a game to be when you’re a Lombax who has a robot as a best friend who fights against a giant robot?

There’s something about games these days where all they want is to be hyper-realistic. But that often comes at a detriment to other factors. One of the reasons that we love video games is that they take us out of the real world. All of us here at LWOG are great advocates for mental health and we all acknowledge that gaming and taking time out in an imaginary world is exactly what we need.

What we don’t need is a variety of things added to games to make them lose their identities as games and instead become this weird mesh of reality and gaming.

Equally, games have become so much more difficult over the last 15 years and they don’t need to be. It would be nice to be able to pick-up a game with anyone in my family and not have to explain multiple button combos to them before we start playing. Fall Guys achieved this whereas bizarrely even the child-friendly modern Lego Games do not.

The Video Games We Discussed

In my discussion with my mate we spoke about our attachment to different games growing up. I haven’t felt attached to a video game for a long time (probably since Lego Lord of The Rings which I was just addicted to playing endlessly) whilst he was talking about how he felt very attached to Red Dead Redemption 2 at the moment. I enjoyed watching as he approached the end of the game, explaining to me how Arthur, the main character, was suffering from TB and soon to die. Red Dead caught my eye as a game that had stayed true to what it was, a video game, one that evoked emotion and got you invested in your character.

Other games we discussed were Dark Souls, which my friend said was one of the best games he had ever played, and I spoke about my passion for multiplayer games. I grew up playing the Nintendo Wii with my brothers and even shared a FUT Ultimate team with one brother in FIFA 13.

That FIFA 13 experience was one of the best I have ever had. I love FIFA today, even with all its flaws, but the ease at which you can make coins, buy coins, the sheer number of broken cards and mechanics on the game is just too much.

I laughed yesterday at how much fun I used to have only playing Online Single Matches and trying to make 20k a weekend in an attempt to save up for Frank Lampard who was 80k. I’d then head into school and hear all about how good my mates Mexican Silver team was. During our conversation, I probably made about 300k coins which shows one of the issues with modern FIFA.

Amusingly, one of my favourite games of all time is one I’ve never played. Growing up, unlike the lucky kids of the 2020s, my brother and I shared a console. That meant, for large periods, I would sit in my room and watch him play whatever he was playing.

Final Fantasy XIII was that game that I adored to watch. It was honestly so much fun just to watch and I knew so much about the game I could even talk tactics and help him figure out the best way to defeat the larger than life bosses.

But there is one clear sign that the video game community is struggling and that is… Remakes.  We need to let these games be played on all consoles and simply re-released with better graphics. For example, Crash Team Racing’s remake was overcomplicated and confusing, whilst all you wanted was for it to be the exact same as the original with better graphics.

One game I hope never gets remade is Star Wars Racer Revenge.

I was on the PS Store one day and I noticed it for about £2. It is hands down, one of the most simple and addictive racing games I’ve ever played. Its graphics aren’t phenomenal, but the game is engaging and the multiplayer is even better as you jostle for the lead against a buddy.

There are some good remakes however, and Pokemon Soul Silver was a great addition to the Pokemon franchise.

What Companies Can Do

Game companies need to stop releasing the same games and give us new things we can enjoy. It is pointless to rehash the same games on repeat. Give us an open-world Ratchet and Clank or a multiplayer Batman game. We don’t need another reskinned Assassins Creed.

Indie companies need to keep releasing games that anyone can pick up and play, in the vain of Trackmania Turbo.

That and I want something special- I want a game that makes me so invested in a character that I experience every emotion. I want a game company to give me that. We have the potential to have some of the best games of all-time released in the future, but right now, Video Games aren’t as good as they used to be.

In the future I might take a deep dive into each of these sections once again and look at some games that still are excellent today, and ones that could do with a remake.

If anyone has any games they suggest I play, let me know. I want to try out some more single-player games so have downloaded Batman Arkham Knight to give it a go. All suggestions are welcome!

Games are different than I used to play

FUT Community and EFL TOTS have been released!