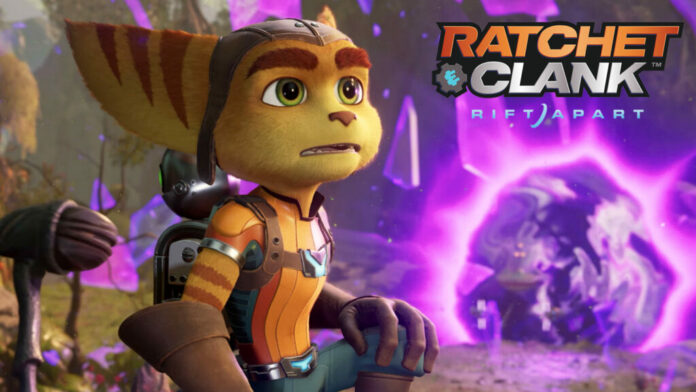 Not just me, but thousands of fans purchased a PS5 having seen the initial announcement of the latest instalment in the critically acclaimed Ratchet and Clank series by Insomniac and now I get to deliver my Rift Apart review.

I went into Rift Apart feeling that it had a lot to live up to in my expectations. What ended up happening was I completed the game faster than I have ever completed a Ratchet and Clank game, and then immediately started on my second run-through. It will probably also be the only game I ever go out of the way to get a platinum trophy on.

Ratchet and Clank’s stories have always been simple. They have to defeat the villain having travelled across a variety of different planets to find the equipment needed to defeat him. Rift Apart is similar in a sense, but differs in the fact we are introduced for the first time to a new and playable Lombax, Rivet.

Rivet is probably the star of the game, and you play as her for longer than you play as Ratchet, and I’d be surprised if she was left out of future titles. Alongside Kit, a dimensional counterpart to Clank, there felt as though there was something new and fresh to this story. That being said, I wasn’t a fan of Kit in my playthrough, and actually found her quite annoying throughout.

Similarly, when I first started to do the Glitch levels, I didn’t really enjoy them, and they felt like something I’d have found in an old Ratchet and Clank game, not one that had been revolutionised on the PS5. They did improve, but with Clank and Kit’s dimensional levels being so much fun, I was disappointed at Glitch’s.

A Diverse Array of Gameplay

Rift Apart offers you an unbelievable amount of traversal ability, more than I had ever seen in a Ratchet and Clank game. It’s a good thing to, as the size of the planets are so large that traversing them becomes such a breeze with the hover boots and actually being able to run by pushing in L3!

The dash mechanic was probably my favourite as you could dodge enemy attacks and faze through certain walls. When restarting the game, you aren’t able to do this skill straight away, and I suddenly realised how hard it is when fighting enemies when you can’t use the mechanic.

But from riding a Speedle on Sargasso or even flying around on Trudi, there are things that everyone will love to do.

For me, I felt like the game missed a good ol’ hoverboard race and apart from the traversal side of things, I was disappointed at only 15 challenges on Scarstu Debris Field in the Battle Arena.

Other than Astro’s Playroom, which comes with the PS5 to show off what the controller can do, I was yet to experience the power of the PS5 Dualsense controller and haptic feedback triggers. In fact, I usually hate vibrations when I play Warzone, so it was new for me as I had to turn the function on as I loaded up the game for the first time.

What shocked me more than anything was everything that the haptic feedback enabled me to do. Using the Void Repulsor, by pulling the trigger halfway and holding, I was able to deploy a shield, but my pulling it the whole way down, I could let out a shotgun burst. Every clever little thing like this meant that you could vary you fighting styles as much as you wanted.

However, the Topiary Sprinkler, and later the Toxiary Sprinkler, were weapons that made the game quite easy when fighting bigger bosses. The weapon effectively stops the enemy dead in their tracks and they can’t even shoot you. Despite playing on the hardest difficulty, which was hard I must say, this weapon bailed me out countless times.

The best thing about Ratchet and Clank though is if you don’t want to use a weapon, there’s so many others that are fun to use, and although it could only be used in quite specialised situations, the Ricochet is a very clever one, and definitely one you should look out for when you pick up the game, as you have to repeatedly time when you press R2 to allow your bullets to ricochet into opponents.

There’s countless little things I’ve not even mentioned here, including the non-existent loading times and ability for landscapes to completely change within milliseconds.

If I needed any more reason to be happier at the fact I managed to get a PS5, Ratchet and Clank: Rift Apart has done exactly that.