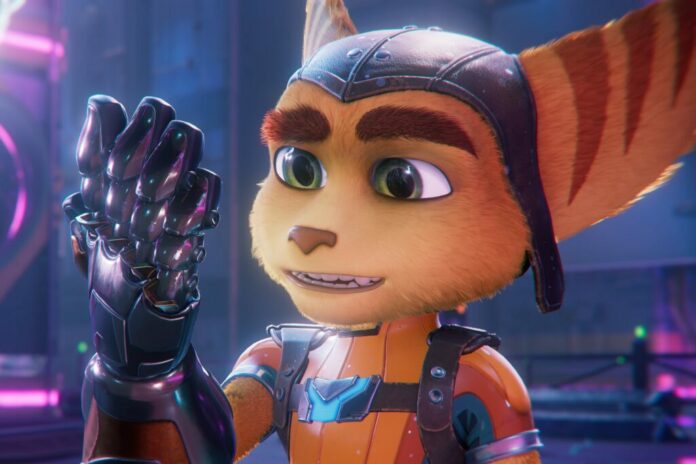 After looking at what I want next from FIFA 22, I thought I’d have a look at what could come from the next Ratchet and Clank game after their excellent outing in Rift Apart.

What I Want From The Next Ratchet and Clank Game

Rift Apart was the best game I’ve played this year and will definitely be in the running for game of the year come awards season.

One of the reason that people loved it was the open-world aspects of the game- world’s bigger than ever before, and an ability to move from rifts to world’s seamlessly. What I want however is a much bigger ask.

Imagine If All These World’s Were One

I think Insomniac might have tested the waters with Rift Apart and we could be getting a Skyrim style open world with different terrains and areas when the next Ratchet and Clank game releases in a few years time.

In particular, if we look at the world of Savali where you use the hover boots to cover vast expanses of land, we see probably the best map on the game. If everything was far apart but there were areas to explore I think we could be in for a treat.

I wonder, with the dimensionator in existence, if the smaller rifts could still take you to other small world’s and areas, with the core game on one massive planet. This would also help in not breaking the novelty aspects of Ratchet and Clank, the shifting from world to world and flying. There could still be ship fights and other elements, and you could even have world’s above the main world in the sky looking down.

It’s not easy to make a game this size work well, but if anyone would be able to do it, the makers of other open world games like the critically acclaimed Spider-Man could do it.

The next Ratchet and Clank needs to include everything that Rift Apart missed that I mentioned in my original review… and more.