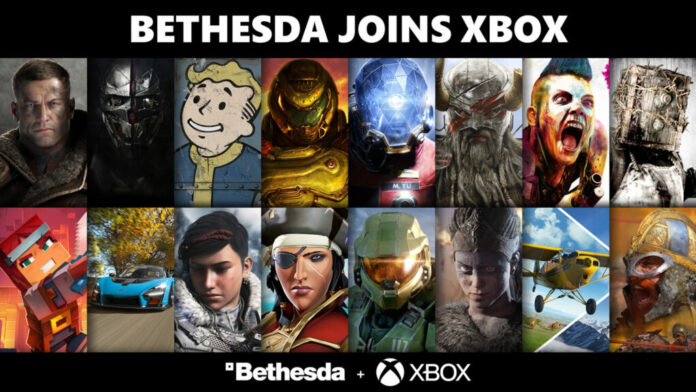 On this episode of Video Games 2 the MAX, hosts Sean Garmer and Marc Morrison discuss more on Bravely Default II and Persona 5 Strikers, while Sean also gives his initial thoughts on Retromania Wrestling as well.

Next, the duo gets into the major news involving the finalization of the partnership between Xbox and Bethesda. So after so many months of waiting, Bethesda joins Xbox. Although the guys wonder if Phil Spencer actually made things clearer with his statement on exclusives? Or is just further muddying the waters for more open interpretation? Also, they discuss the 20 games announced for Xbox Game Pass, (although most of them were already on the service anyway), and the possible upcoming Xbox events including one that could be happening as early as March 26.

After that, a new Teenage Mutant Ninja Turtles beat-em-up game was announced by DotEmu and it looks very much like the old arcade titles. Sean is super excited and ready to jump in at the moment of release. While Marc is a bit more reserved on the announcement. Plus, the latest NPD numbers and what is known and what could be announced at the Square Enix presents showcase on Thursday.

Of course, the show ends with a look at the upcoming games for the week.

Please go help support the show and the entire W2M Network by taking advantage of our 30 Day Free Trial offer of Amazon Music Unlimited by signing up via our link. We also have a special offer available to sign up for Grammarly as well.