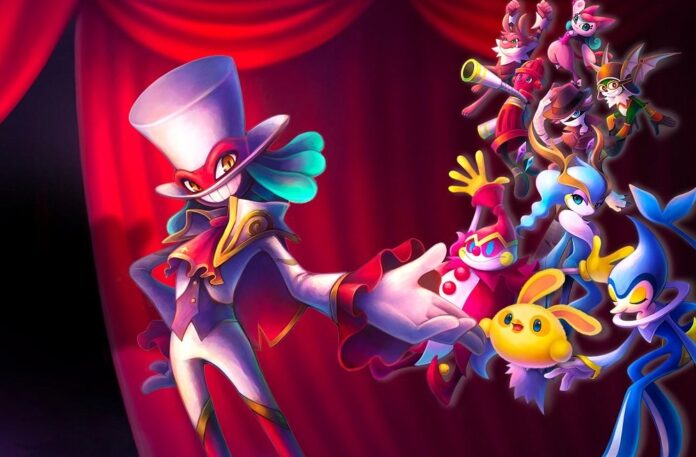 Yuji Naka and Naota Ohshima were the creators behind Sonic the Hedgehog and Nights into Dreams and they have now teamed up once more to bring gamers a new 3D platform adventure game; Balan Wonderworld.

Balan Wonderworld will be the first game from the Balan Company that Yuji Naka had created as a subsidiary of Square Enix. The game is full of colour and initial impressions are of a 3D platform game in the style of the Super Mario games such as Odyssey for example. Here I take a look at the demo of the game and give my first impressions ahead of the games multi platform release on March 26th 2021.

Stepping into the Wonderworld

The developers have very much gone for a colourful game that goes between a real and magical world. There are collectibles galore and different costumes to wear which act as a form of protection for the protagonists Leo Craig and Emma Cole.

Everything you would expect such as jumping on enemies a la Sonic and Super Mario are all in place. I felt very much like I was being taken back to the hey day of Sega and I was hoping to find something here that may be akin to Nights into Dreams which is one of my favourite games.

Your heroes have lost a part of their heart and they need to retrieve it after Balan lets them into the titles’ Wonderworld. You go from one area to another through mirrors that remind me of Alice’s Adventures in Wonderland. There is more than a little nod to those classic books here.

The costumes you pick up bring you different abilities and from what is on show in the demo, I was particularly fond of the Tornado Wolf outfit which makes you able to take out enemies in the style of the Tasmanian Devil.

The costumes also act as protection so if you take a hit you lose the costume but can then collect it again. It is reminiscent of the protection coins give you in the Sonic games. You can have more than one costume at a time and use the trigger buttons to go between each which can be helpful when in battle. Whilst this is a great idea, in the demo it takes too much time to change costumes but hopefully this will be fixed before release.

Overall I spent a couple of hours in the company of Balan Wonderworld and there is no doubt it is a colourful and charming platform game that is shaping up fairly well. My overriding feeling though from this demo is that it will have to really go some to go up against the stellar competition it faces.

Balan Wonderworld is looking better than the 3D sonic Adventures but not up to the standard of the 3D Super Mario games. There is plenty of time for the game to be polished up and Last Word on Gaming will certainly be keeping an eye out for this on release and will deliver our final viewpoint when we review the game. What are your thoughts on this Balan Wonderworld Preview?