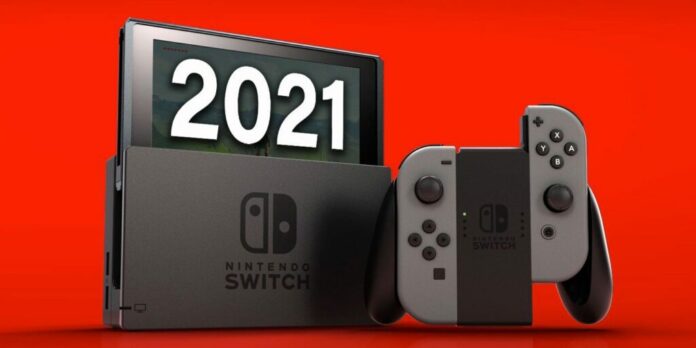 2020 was a terrible year, both for the world and for Nintendo. While the game company had impressive profit numbers, the year was largely surrounded by controversy and negative publicity. Whether it was the continuing joycon drift issues or the limited release of Super Mario 3D All-Stars, Nintendo made a bunch of moves that ultimately aggravated the fanbase. The Nintendo Switch needs a good 2021, and these predictions would go a long way in re-establishing the brand as one of the best in the industry.

Note that this list will only include projects that Nintendo has not previously announced. For example, we already know when Super Mario 3D World + Bowser’s Fury is coming out, so we won’t mention that here.

Breath of the Wild 2

The biggest way to make everyone forget about a bad year of press is to release the most anticipated game in recent memory. The original Breath of the Wild was an absolute masterpiece that fans simply cannot get enough of. As of this posting, it has currently sold a staggering 19.74 million copies, and the love of the world is a big reason Hyrule Warriors: Age of Calamity has already sold 3 million copies.

Nintendo originally released the first Breath of the Wild 2 trailer back in June of 2019. Even with COVID-19 slowing down development times, this should give Nintendo all the time they need to finish the sequel. Announcing this game as the 2021 holiday title makes perfect sense, both from a sales and timeline perspective.

Breath of the Wild 2 shouldn’t be the only Zelda product to enter the market. 2021 marks the 35th anniversary of Nintendo’s massive IP, and there’s no better way to celebrate it than by re-releasing a series of old classics. We already discussed what a 35th Zelda Anniversary could entail in an earlier article, so I won’t waste too much time on it here. However, seeing how well it worked for Super Mario 3D All-Stars should make this a no-brainer for Nintendo. Look for some iteration of an anniversary bundle to come out in the summer of 2021.

The Legend of Zelda isn’t the only series staring down a 35th anniversary. Metroid isn’t as big as Zelda, so it probably won’t get the full 35-year treatment that Mario received. That said, Metroid is still one of the biggest IP’s Nintendo has, and they’ll want to do something special for the occasion.

We know that Retro Studios is currently working on Metroid Prime 4, but we also know it’s too early in the development cycle to realistically expect a 2021 release date. This puts Nintendo in something of a tight spot, as they’ll want to have a product to simultaneously serve as Metroid’s 35th anniversary while also building up interest for Metroid Prime 4.

The perfect answer to this is a re-release of the Metroid Prime trilogy. All three games previously released in a bundle for the Wii, so it shouldn’t be too hard to re-package the bundle for the Nintendo Switch. Plus, there’s no better way to get fans excited for a fourth game in a series than by showing them the first three.

This might be the boldest of the Nintendo Switch 2021 predictions. You can say a lot of things about Wii Sports Resort, but you can’t say it wasn’t fun. While nobody would confuse this game with Dark Souls, there’s something to be said about a fun collection of well-crafted mini-games. With the light clearly visible at the end of the COVID-19 tunnel, this is the perfect time to release a vacation-themed game series intended to be enjoyed by the player and their good friends.

Of course, this would more than just minigames. Wuhu Island is one of the most underutilized landscapes in Nintendo history, and this island destination could easily be expanded in a remake. Incorporating Wii Fit’s jogging feature to go around the island would be a welcome addition, or adding an open travel mode would be even better.

While partially overshadowed by Pokemon: Sword and Shield, Pokemon: Let’s Go Pickachu! and Let’s Go Eevee! were both financial hits. A classic throwback to the older games, the Let’s Go games recreated the familiar landscapes of yesteryear while adding (in my humble opinion) an improved encounter system and appropriately-sized models.

It’s time for Nintendo to do it again with the second region in the series. The Johto region is one of the most beloved by the fanbase, and revisiting it with the updated graphics and encounter system would make the game a welcome addition to everyone in the fanbase. While nothing groundbreaking, this series can serve as a welcome escape to kill time between the mainline entries. The only major change that needs to be made is coming up with a better way to capture wild Pokemon – the motion controls from the first game will need to be improved.