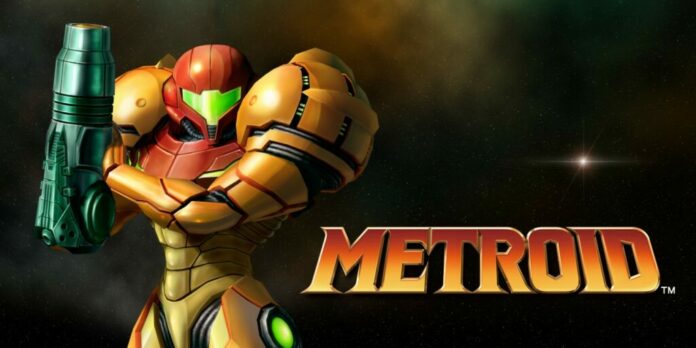 Despite being one of Nintendo’s bigger IP’s, the Metroid series has been relatively quiet in recent years. Once considered one of the biggest icons in gaming, the franchise hasn’t seen a new release since Samus Returns on the 3DS. However, that could change in 2021. While nothing is official, there is reason to believe that a Metroid 35th Anniversary bundle could be right around the corner.

Signs That A Metroid 35th Anniversary Is Coming

Current State of the Franchise

Originally released on August 6th, 1986, the original Metroid game is quickly approaching its 35th anniversary. We know that Nintendo loves to play on nostalgia and that Metroid is in their long-term plans. Back in 2017, Nintendo announced that Metroid Prime 4 was in development. However, we really don’t know much about Metroid Prime 4, aside from the fact Retro Studios is working on it.

Aside from the promise of Metroid Prime 4, fans of the series haven’t had much to enjoy over the past decade. Since 2011, the only games to release are Samus Returns, a remake of Metroid II: Return of Samus, and Metroid Prime: Federation Force, a spinoff that received a mixed response from the fanbase.

Quite frankly, it’s hard to imagine Metroid Prime 4 selling all that well if Nintendo doesn’t breathe some life into the series. Fortunately, the 35th anniversary gives them a perfect excuse to release some new content and bring some attention to a neglected franchise. From a business standpoint, a Metroid 35th Anniversary celebration makes all the sense in the world. The only question is what games will make the cut?

Sadly, Metroid Prime 4 probably won’t come out in 2021. For one, there simply isn’t enough time to re-invigorate the series AND release the latest installment in the Prime series. However, even if there was, the development timing probably wouldn’t work out.

Despite being announced back in 2017, Metroid Prime didn’t actually start development until 2019. Sort of. Nintendo originally hired an unnamed developer to handle the development of Metroid Prime 4. However, in 2019, Nintendo announced that they were not satisfied with the direction of the game, and restarted development with Retro Studios.

Retro Studios handled the original Metroid Prime trilogy, so they clearly know what they’re doing. However, Retro couldn’t have built this game from scratch in just under three years, especially considering the COVID-19 pandemic probably slowed down development time.

What Nintendo Could Include

Fortunately, Samus should make a return to the third dimension in 2021. Back in 2009, Nintendo released a bundle of all three Metroid Prime games for the Wii. They should be able to easily re-release this package for the Nintendo Switch. After all, the best way to get fans interested in the fourth game of a series is by giving them access to the first three.

Getting the Metroid Prime trilogy on Switch would be great, but Nintendo could do even more. There are rumors from reliable sources that claim a 2D Metroid is on the way. This leaker also claimed there was a new Paper Mario right around the corner, and they absolutely nailed that.

Metroid isn’t big enough to receive additional products like Mario’s special-edition Game & Watch. However, these two games should be enough to satisfy fans in the short-term while building up excitement for the eventual release of Metroid Prime 4.