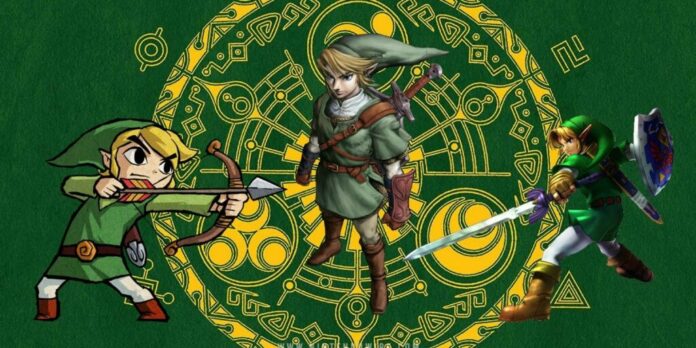 Back in 1986, Nintendo permanently changed the video game landscape with The Legend of Zelda. Since then, the series has managed to produce countless classics while continuing to expand the genre. 2021 marks the 35th anniversary of the Zelda series, and it’s safe to assume Nintendo will do something special for the occasion. The only question is, what should fans expect, and when should they expect it?

Predicting What A Zelda 35th Anniversary Could Look Like

Nintendo recently celebrated the 35th anniversary of the Mario franchise, so we can use that as a rough template for what they plan to do with Zelda. The biggest announcement they made was re-releasing Super Mario 64, Super Mario Sunshine, and Super Mario Galaxy under one game in Super Mario 3D All-Stars.

Look for Zelda to do something similar with their 3D titles. While Nintendo only released three of Mario’s 3D adventures, the Zelda team should be able to port over Ocarina of Time, Majora’s Mask, Wind Waker, and Twilight Princess. For one, all four have been remastered in recent years, so it shouldn’t take too much effort to put them all on the Switch. Additionally, COVID-19 hit during the development of 3D All-Stars and had a notable effect on development. COVID-19 shouldn’t be as big of an issue this time around, which means that putting the aforementioned games on one chip should be doable.

Of course, this leaves out Skyward Sword. Released in 2011 for the Wii, this is the only 3D Zelda game (aside from 2017’s Breath of the Wild) that does not have a remaster. Because of this and Skyward Sword’s unique motion controls, it’s hard to imagine Nintendo including this in a bundled release. Instead, look for Nintendo to completely remaster this from the ground up. Better graphics, improved controls, and maybe an optional dungeon or two for $60. After all, this is essentially what Nintendo did with Super Mario 3D World.

Old favorites are great, but it wouldn’t be Nintendo if they didn’t include a few out-of-nowhere products. For Mario, Nintendo released a Super Mario Bros Game & Watch, an at-home version of Mario Kart, and Super Mario Bros. 35.

Nintendo could easily recycle one of their ideas and release another limited-edition Game & Watch. However, instead of playing the original Super Mario Bros., this could play the original Legend of Zelda. While this might not be the biggest seller in the world, there would certainly be a market for it.

If Nintendo really wants to surprise everyone, they could release a Super Zelda Maker. Serving as something like Zelda’s answer to Super Mario Maker, this theoretical dungeon-creating game would be a smash hit for any and all fans of the series. Nintendo already knows that this concept has a massive fan base, and they’ve already done some very basic experimentation with this idea.

One of the biggest changes in the remastered Link’s Awakening is the inclusion of a dungeon maker in Dampe’s shack. This tool allows players to create their own Zelda dungeons, although it limits the player to using rooms that they’ve already discovered during their quest.

If properly expanded, this idea could easily be enough to justify a full game. While there’s obviously a lot of differences between a Mario level and a Zelda dungeon, the Zelda series has plenty of creative fans that would love a chance to bring their creations to life.

Breath of the Wild 2

Getting remastered versions of old games would be nice, but there’s only one thing that Zelda fans truly need in 2021, and that is Breath of the Wild 2. Back in June of 2019, Nintendo dropped a trailer for a direct sequel to the original Breath of the Wild. It’s mostly been radio silence since that release, and the COVID-19 pandemic could have pushed back development time. However, the world has waited long enough. Age of Calamity shattered sales records for the Warriors franchise, and Breath of the Wild 2 could do the same for mainline Zelda games.

Asking for all of this in 2021 might be a little optimistic, but it is doable. Look for some type of Zelda 35th Anniversary announcement to come in April of 2021, with the remasters in the summer and Breath of the Wild 2 closer to the holidays.

The Suicide of Rachel Foster Gets Nintendo Switch Release