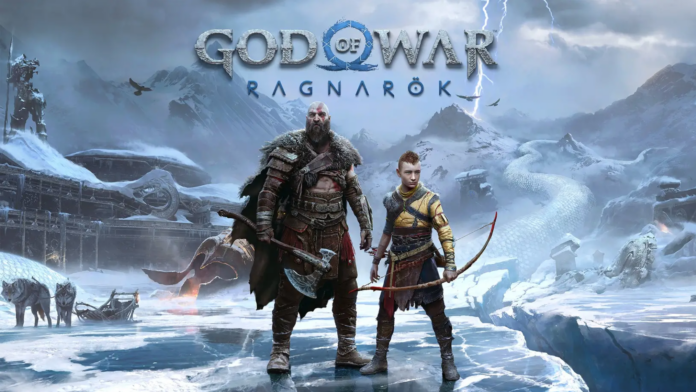 Three things are true in this life: death, taxes, and an endless debate over accessibility in gaming. While a vocal minority insist on maintaining the current ‘Get Good’ culture, the majority of us are firm believers that gaming should be open to everybody, no matter their ability level.

Recently, Sony’s leading studios have begun to incorporate a wide range of detailed accessibility features into their flagship titles like The Last of Us, Horizon Forbidden West and, most recently, the God of War series.

Though the real impact of these additions won’t be felt until after it’s release, it’s clear that the God of War Ragnarok accessibility features have raised the bar in Triple-AAA Gaming.

What are Accessibility Features?

So what are accessibility features and why do we need them? Simply put, they are settings put into the game to make it easier to play for a wider range of people. These can range from simple on-screen improvements like subtitles and higher contrast, to larger scale changes to the gameplay like aim assist or personalised controls.

Crucially, accessibility features are not restricted to gamers with access needs or disabilities, but for anyone who struggles with the aspects of gameplay that these features address. They provide a litany of options for you to customize your gameplay in a way that better suits your needs and allows you to play so many more games that you may not have been able to before.

I don’t know about you, but I’d rather play the game in a way that I enjoy than try to struggle my way through a title simply for bragging rights.

God of War Ragnarok is the long-awaited and highly-anticipated sequel to 2018’s God of War. It follows the tale of the legendary Spartan warrior and titular God of War, Kratos, and his son Artreus as they continue their journey for answers and allies around the nine realms before the end of the world arrives.

Just as the prophecy of Ragnarok brings changes to all the realms, I’m hopeful the God of War Ragnarok accessibility features will help to usher in the many changes to the accessibility of the games industry as a whole that we so desperately need.

Santa Monica Studio has clearly placed a priority on the God of War Ragnarok accessibility features. All the features from the previous game have been carried over and expanded upon to bring you more than 60 new ways to tailor your gameplay experience to suit your specific needs and style.

Features from the PC Port

The recent port of the first game to PC allowed the dev team to learn and improve upon several features from the initial PlayStation release. These features were all well-received by players and will continue to be supported in the upcoming console release of God of War Ragnarok on PS4 and PS5. These features include automatic sprinting to save your thumbs, toggles for the aim and shield stances and a persistent dot in the center of the screen to reduce motion sickness. This ‘always on reticle’ can be adjusted for both size and colour, depending on your preference.

Santa Monica Studio has completely rebuilt their controller remapping system from the ground up for God of War Ragnarok. Every single button on the controller can now be swapped for one that feels more natural to you, even for actions that require more than one button like touchpad shortcuts, allowing you to have a truly tailored gameplay experience. There’s even a whole range of presets to choose from, if you’re not sure which layout you feel most comfortable with.

One of the areas with the most investment is the new subtitle and caption system that allows for even more customization. You can increase the size of the UI, text and icons so you can see it better from your sofa, assign 7 different colours to the speaker names, subtitle body and captions, and adjust the background of the subtitles to make them even more readable on screen.

If you find it hard to pay attention for long periods of time, they’ve also included captions with gameplay information so that you can finally understand what’s going on in the narrative or actually be able to finish that pesky puzzle that you’ve been stuck on for hours.

The God of War Ragnarok accessibility features have included a number of sound cues for each of the on-screen interaction prompts so that you can hear when an interact icon is nearby. These audio cues also extend to additional combat cues like unblockable attack rings, targeting aim cues and weapon swap cues. These features can be adjusted seperately to the master volumes slider, allowing you to adjust the levels for a comfortable listening experience.

There are expanded sound effect captions for both the cinematics and the gameplay to provide a rich understanding of the game’s soundscape for gamers who are hard of hearing, or those of us who try to multi-task and end up missing out on key information. You can also switch on directional indicators for critical gameplay sounds if you’re having trouble figuring out where the sounds are coming from.

A brand new mode introduced into the God of War Ragnarok accessibility features allows you to apply a colour to certain objects within the game. Individual colours can be applied to targets, enemies, other characters, collectible items, special effects and even the traversal paint to make them more visible against the background. The setting can be used throughout the game, switched off for cinematics or toggled on and off with the swipe of a finger, and is automatically disabled when viewing settings or character menus.

Even though I grew up with the original PlayStation, a PS2 and a Nintendo Wii, I didn’t really get into gaming until I bought myself a PS4 for the sole purpose of playing through Marvel’s Spider-Man.

Since I came in to it so late, I am not blessed with the kind of muscle memory it takes to instantly master a control scheme; unlike my partner who has had a controller in his hands since before he could walk and can therefore finish almost any game with relative ease while I’m still trying to figure out which button lets me jump.

If you are afflicted with a similar condition, you may find the gameplay assistance features in God of War Ragnarok very useful. There’s navigational assistance that orients your camera view towards the next objective on your compass; traversal assistance that automated gap jumping, vaulting, mantling and other climbing manoeuvres; and even an Assistance+ feature that adds interaction-based moves like climbs, crawls and squeeze-through.

Personally, I have a real problem with ranged combat as I find it impossible to aim and shoot at once in the short amount of time I have before the enemy has fired back. Thankfully, the God of War Ragnarok accessibility features have included combat support aids like assisted aiming for people like me who need a little help to actually hit anything.

It’s a real shame that so many of today’s Triple-AAA games aren’t implementing similar gameplay assistance mechanics to the God of War Ragnarok accessibility features.

Gamers with accessibility needs are frequently being cut out of the conversation in favour of the ‘get good’ mentality, leaving them with a very limited selection of titles to choose from. Hopefully, now that major companies like Sony are starting to include these settings in their flagship titles, other studios will feel inclined to follow in their footsteps, leading to more accessible gaming for everyone.

Do you want more accessibility in gaming?