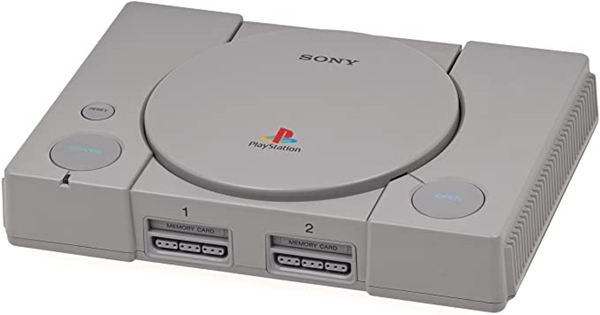 Like many other people, I’m often behind when it comes to new consoles. I wait a few years to go up a generation, not because of pandemics or chip shortages, but because I just can’t justify the price. For us (the left-behind-people), we get to choose our next-gen experience based on a couple of years’ worth of game releases, which is actually more exciting. At least that’s what I tell myself.

That’s how it’s always been for us. Even way back in 1998, when we bought what I believe to be the best console of all time: the PlayStation.

Is the PS1 the Best Console of All Time?

I’ll be upfront: I’m not interested in console wars. You can come at me all day with your specs and stats and it will fly over my head, not because I don’t care about them, but because it’s not the first thing I look for. I don’t understand undying loyalty to one company. Who cares? Just go pick something that looks and feels fun to you and forget about what everyone else is doing. With that in mind, the question of ‘which console is the best?’ is kind of hard to answer.

Tech specs were not what my dad looked for either, back in the late ’90s, when he first suggested that we ‘buy Megan a PlayStation for Christmas’ in an obvious ploy to buy one for himself. Back then, we were starry-eyed at the prospect of the games, not the console.

And boy, did we have a back catalogue. By the time we got hold of the original PlayStation, we had rich pickings to choose from in the second-hand trestle table at the Hastings branch of Game. We had all three original Tomb Raiders. We had Oddworld: Abe’s Odysee. We had Rayman. We had Spyro. We had Crash Bandicoot. We had all the Ridge Racers. You get the picture. There was a lot going on.

I was amazed at the range of games we had to choose from, three years after the initial UK release. It felt, to us, an absolutely enormous jump from our last home console (the NES). Sometimes I was literally open-mouthed at the graphics, the speed, and the scope of these new games. I mean, I was amazed by a lot of things at ten years old, but still.

Since then, I’ve been trying to figure out whether my total adoration for the PlayStation is justified or whether it’s just rooted in happy, nostalgic memories of avoiding homework. On the face of it, the PS1 is not the best-selling console: it comes in 6th on the list of best-selling consoles, with 102.49 million units sold (compared to 155 million units for the PS2, which comes in at the top of the list, which we also bought several years after release).

So why do I (and my dad) still believe the PlayStation is the best console of all time? Were we suckers for marketing, thinking of Sony as Nintendo’s cooler, edgier cousin? Or was it truly revolutionary?

Sony offered amazing tech, incredible 3D graphics (for the time, obviously), CDs instead of clunky cartridges, and most crucially, a controller that actually felt comfortable to hold. A controller that we could hold for hours on end without getting cramps or having to contort our fingers into weird positions (important for people with tiny hands).

Maybe most importantly, the PlayStation arrived, right on the cutting-edge of things, just when we were craving all things new: a new Millennium, internet in our homes, better home computing, and improved phone technology. Huge developments were happening on all fronts, and we were in the thick of it, with our (what seemed, to us) incredible PlayStation.

When I look back, the PlayStation represents that era perfectly: it was cool and new, and unexpected. It was an era of gaming, and life, that I can’t accurately sum up in a few paragraphs, and it was thrilling to be a kid back then.

Which, I guess, brings us back around to the nostalgia factor. I love the PlayStation because it arrived at a significant time, that weird pre-teen period of life. It came with us when we moved to a new town, it kept me company when I was alone, and it gave me some of my favourite games and characters of all time, the ones that live in my heart even now as a cynical, exhausted 33-year-old.

For my kids, I think this will be the Switch. The Switch, which arrived for us during the lockdown of 2020, was the console that allowed them to forget about the global pandemic in favour of Super Mario Odyssey and Breath of the Wild. The world they are growing up in looks very different from the one I did, with less optimism and wild enthusiasm for the future, and more trepidation and fear of what we could lose. Nintendo offered them some much-needed excitement, and I expect it will take on significance for them when they look back on it.

Is that a depressing note to end things on? The point is, no matter what the sales say and no matter which console has the technical edge, for most of us, the question of the ‘best console of all time’ comes down to how much it means to us.

For me, the PlayStation earns the title. It gave me Spyro and Crash and Lara, and later Squall and Vivi. More importantly, it gave me long, screen-occupied, laughter-filled Saturdays with my dad. I think for that reason, it will always be my best.

What’s your favourite console?
0
What console was your favorite?x
Leave your comments in the comments section below and let us know your thoughts!

While I still think the PS2 is a little better, it wouldn’t have existed without this one paving the way first so it’s definitely the all time greatest!

The PS2 was so amazing. Not just for high end games but for the absurd variety of stuff made for the console