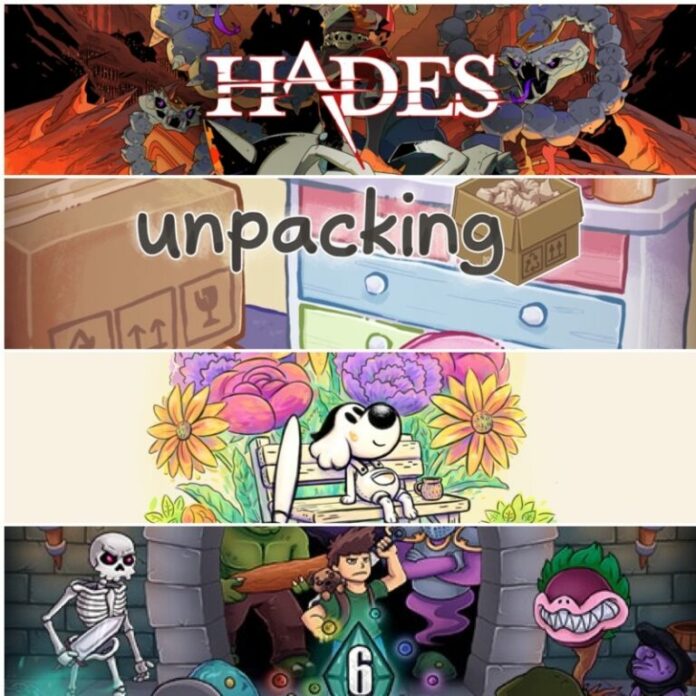 Gaming can be an expensive hobby.  Most new releases are at a high price range, and a lot of these games never drop in price outside of the occasional sale of some lower selling titles. That doesn’t mean that gaming in the festive season has to be an expensive gift for yourself, especially when there are a wide array of incredibly indie games available at a more accessible price point.  In this article, I’m going to look at some of the indie titles that I can recommend picking up this festive season.

6Souls is a platforming game that I reviewed at the time of its release. As a lifelong fan of the platforming genre 6Souls was a fantastic game to play from start to finish that had enough variety and storytelling to tie everything together and engross me from beginning to end.  The platforming can be a bit challenging but never to the point of being offputting, which is a very thin line to walk.

A list like this wouldn’t be complete without Hades.  It is one of the best games to come out in recent years and has been met with widespread critical acclaim. This Hack n Slash roguelike game is tonnes of fun as you slay your way through enemies with ease before battling and killing gods themselves. Hades itself is an award-winning game that showcases the peak of what is capable for indie games.

This likely isn’t a game you have heard of but MouseBot is a game I stumbled upon thanks to my Bargain Corner series. It is a really fun game that centers around helping a robotic mouse get through various mazes.  The game takes this simple idea and plays around with it a lot, perfecting the mechanics and controls while also feeling like a ton of fun.

It Takes two unsurprisingly requires a second player. It is a game that blends storytelling with interesting co-op mechanics that makes it impossible to put down.

Releasing in June of 2021, Chicory: A Colorful Tale is an artistic laid-back adventure. It focuses on a dog as the main character who has the ability to paint the world around him. When it comes to a game that you truly experience this is one that cannot be missed.

Ghosts and Apples is another game that was reviewed here at the site if you’re looking for an in-depth dive into the game. Put simply, Ghosts and Apples is one of the most engaging puzzle games that I have seen in some time.  It has a unique art style and an addictive base of gameplay that make it a standout title among indie games.

Another addition to the list, and another puzzle game. This time we have Unpacking, a game that describes itself as “Zen”. It’s about the very relatable experience of unpacking a life’s worth of memories into a new home. It isn’t very long, but it is an experience that sticks with you long after you’re finished playing.

For those of you who prefer horror games Mundaun is definitely a great choice to pick up this festive season. Mundaun has drawn praise for its atmosphere and the hand-drawn vibe of its art style.  It’s not a game that pushes the boundaries of the genre as you’re left to find clues to build up the full story but it does have the added benefit of using puzzle and enemy attacks to keep things ticking.

Indie games come in all shapes and sizes and there is something for everyone, no matter what you like there is definitely an indie title out there for you this Christmas season.

2D Metroid Rumors: Is A New Installment on the Way?