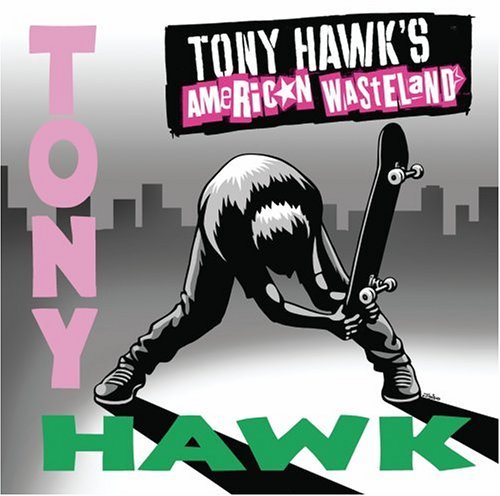 Gaming has a rich history that spans multiple decades. To this end, The Last Word on Gaming Backlog is a series that looks back on titles across all generations. From the golden 8-bit era to the landscape-changing 64-bit scene and beyond, The LWOG Backlog’s aim is history. In this edition, we look at Tony Hawk’s American Wasteland.

Tony Hawk’s American Wasteland was another story-driven skating game. This continued the shift in direction brought by Tony Hawk’s Underground and Underground 2. The game also incorporated a truly open-world experience with no loading screens within the game. BMX biking was also incorporated along with the continued ability for players to get off their skateboards to complete goals and explore the map more freely.

Players start the campaign after choosing characters from one of five presets. The story begins with the player arriving in Southern California. They are immediately jumped and all of their gear stolen by locals. A local named Mindy witnesses the attack and helps the player change their appearance to better fit in. Once the player changes their hair and clothing they find the locals and reclaim their gear.

The player reunites with Mindy who working on a zine called “American Wasteland”. The zine is based on a local skate spot called “The Ranch”. After some pleading with Mindy, she agrees to take the player there as long as he helps her clear a protest that is blocking the way to Beverly Hills.

The duo makes their way to Beverly Hills and meets up with Mindy’s friends Murphy, “Useless” Dave, and Boone. They are hesitant to let the player into The Ranch due to not knowing them. Instead, they teach him some new skate tricks and give the player the chance to impress them and earn entrance into The Ranch.

Once in The Ranch, the player meets the ranch owner Iggy VanZandt. Iggy is not fond of strangers and is hesitant about the player’s arrival at first. He allows the player to crash at the ranch after he helps finish assembling a half pipe. Iggy tests out the half pipe and the player notes his skating skill. The rest of the group informs the player that Iggy was a pro skater but couldn’t handle the publicity. Mindy then comes up with the idea to use the rest of the land on The Ranch and turn it into a giant skatepark.

The group then heads off to collect different pieces for The Ranch. The player enters the Tony Hawk AmJam and wins the competition. During the victory speech, the player mentions Iggy as a big part of their success. Tony Hawk is himself is confused as Iggy has been off the radar for years. When the player makes it back to The Ranch, the police are there and arrest Iggy. Iggy was keeping under the radar to avoid being convicted for some minor offenses.

With the goal now to get Iggy out of jail and make amends with him, Mindy suggests they seek out The Z-Boys for help. The player heads to Santa Monica and meets Tony Alva who agrees to help them out if the player can prove they have old-school skating skills. The player impresses Alva and learns more about The Z-Boys history. Alva shows the player a picture of Green Pipes Point, a legendary snake run that was filled in with concrete years ago. The player immediately recognizes that Green Pipes Point is buried in The Ranch. Tony Alva suggests they meet with Mega an oil rig worker who may be able to help dig up the pipes.

Mega agrees to help dig up Green Pipes Point. Meanwhile, Mindy lets the player know that Boone has been taken by his hold street gang The Black Widowz in Eas L.A. The gang controls passage to and from East L.A. forcing the player to join the gang to get Boone out.

After Boone is freed, Mega finishes the excavating of Green Pipes Point. The player gets a call from Iggy explaining that he doesn’t own the land The Ranch sits on and doesn’t have the money to pay for it. The owner blocks access to The Ranch and refuses to let the group enter, including Iggy who is now released from jail. Iggy is irate and punches the player. The player, in turn, snaps at Mindy blaming her desire for wanting to improve The Ranch for the mess they are now in. She storms off as the player tries to apologize as Murphy, Dave, and Boone take the player a way to discuss a plan.

Tony Hawk is currently in the area and the group wants to convince him and local pros to be in a skate video. The plan is to sell the video online to buy back The Ranch. The player recruits several pro skaters and BMX pro Mat Hoffman for the video. Iggy meanwhile reconciles with the player, as the group learns of an abandoned casino in East L.A. The plan is to trash the casino for the final part of the “Save Green Pipes Point” video.

The group earns enough cash from the video to buy back The Ranch. The group is met by the police as they leave the casino, and the player escapes them to make it back to The Ranch with the skate video footage. Iggy throws a party to celebrate the successful purchase of The Ranch and the skate video.

Mindy and the player reconcile. Mindy shows the player the published zine “American Wasteland” with the player on the cover. Iggy tells Mindy the player helped with publishing, using some of the funds from the video. The two share a kiss as the campaign ends.

Tony Hawk’s American Wasteland is a completely open world. More of southern California is unlocked for players to explore as the story progresses. Along with the story, the game also puts an emphasis on competing goals to earn new skate pieces for The Ranch.

American Wasteland puts a strong emphasis on old-school skating as evident by the inclusion of Tony Alva and The Z-Boys. Both are real-life skateboarding icons that came to prominence in the 1970s in Santa Monica and Venice Beach California.

Players are also able to transition from a skateboard to a BMX bike. Fast traveling is also available in the form of vehicles spread out across the map. In addition to the story elements, players are able to do quick goal-based missions to earn cash for new clothes, skateboards, and accessories.

The complete open-world aspect and lack of loading screens were a first for the Tony Hawk franchise. The NPC-based goal system that was introduced by Tony Hawk’s Underground carries into this game as well.

Players are able to “free skate” a level as much as they would like before advancing the story. They are also able to freely go back to any area already unlocked and “free skate”.

The in-game soundtrack was heavily influenced by punk rock and carries the theme of old-school skateboarding that is prevalent in the game.

With plenty of goals, gaps, and side missions to complete Tony Hawk’s American Wasteland offers plenty of different tasks to keep players occupied.

The Ranch is completely skatable with all acquired pieces during and after the game is completed.

Building on the open world and story-driven elements introduced in Tony Hawk’s Underground, Tony Hawk’s American Wasteland adds an old-school skating flair to the franchise. Through the inclusion of skating icons, the game offers a fresh perspective on the Tony Hawk franchise.