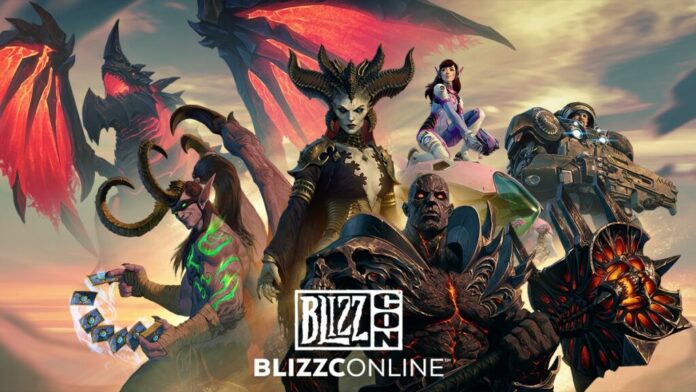 Mxdwn.com contributor Victoria Taurizano, via a statement released by Activision Blizzard, has reported that a BlizzCon Online 2022 cancellation is due to both the pandemic and the current lawsuits against the company. Blizzard’s statement acknowledges that they need to refocus their efforts on providing a better environment for employees as well as a better representation of what BlizzCon should be without directly addressing the lawsuits. The company still plans on making announcements about upcoming games and other news despite not having the event.

Canceling To Re-Focus and Re-Brand Is The Right Decision

Blizzard, among most of the gaming industry, has gone through a very turbulent time with not only the pandemic, but the lawsuits currently pending. The previous two events had to be canceled, but there is a different feel concerning the 2022 BlizzCon. Coming off of accusations of a discriminatory, racist, and sexist working environment, Blizzard has had to make the drastic choice to re-brand itself away from its past. They recently went outside of the company and hired former Disney executive Julie Hodges to repair their image, and it seems they want to do that with future events as well. There was no direct admission towards the lawsuits, but it is easy to read between the lines and understand why they are pushing for a safe, welcoming, and inclusive environment. It will obviously take time for Blizzard to redeem itself in the eyes of fans and its employees, but this is a good start.

Long-Lasting Impact on the Industry or an Isolated Moment?

With the recent waves of controversy hitting the gaming industry this year, it is reasonable to want to hope that Blizzard’s actions will resonate with other companies. Roblox and Ubisoft have come under fire for their respective unethical behaviors. Could Blizzard’s desire to fix unearthed problems trickle down in a cause-and-effect manner? The company sits as one of the biggest and most profitable in the industry, would the other previously named companies follow big brother’s example and fix their own deficiencies?

The BlizzCon Online 2022 cancellation is a necessity considering the company’s image has taken a serious dive. It will be interesting to see what changes are enacted for future BlizzCons moving forward. The pandemic forcing the cancellation of the last two would leave fans clamoring for the next one, but responses to the companies statement show fans are not necessarily buying what Blizzard is selling. The company is on a short leash with fans and consumers and must walk a very tight rope in deciding its next actions. Announcing new games and updates may offer temporary satisfaction, but we are at the point now where window dressing is recognized for what it is. Serious changes must come down from Blizzard or fans will continue to reject their efforts and make a statement with their wallets.

Apple Profits From Games They Had No Hand In Creating