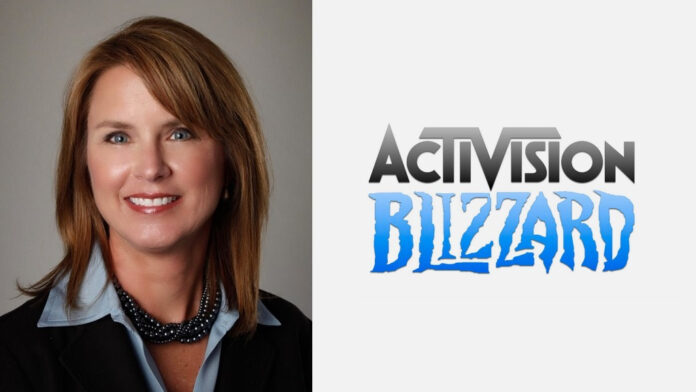 PCGamers.com contributor Andy Chalk has reported that Activision Blizzard hire former Disney executive Julie Hodges to be its’ new CPO. The move comes after California’s DFEH conducted an investigation, in which it likened the company’s studio environment to that of a frat’s boys. A lawsuit was subsequently filed and employees banded together to tell their stories. Hodges will replace former CPO Claudine Naughton and was strongly endorsed by Activision Blizzard CEO Bobby Kotick.

A Chance For a Restart or Window Dressing?

The hiring of Julie Hodges is Activision Blizzard’s acknowledgment that there are blatant issues that need to be addressed. Hodges will be bringing 32 years of experience from working at Disney as their Senior Vice President of Corporate HR. Her role will be of leading “all aspects of human resources,” including, “diversity, equity, and inclusion.” The hiring comes on the heels of the release of president J. Allen Brack, Diablo Game Director Louis Barraga, lead level designer Jesse McCree, and World of Warcraft Designer Jonathan Lecraft. Activision Blizzard is obviously hoping to fix a currently broken system through an outside voice. However, is Hodges the appropriate hire considering Disney has had its own issues with misogyny, sexual assault, and harassment culture.

A Tall Task Ahead

Hodges’ goal is to completely overhaul the current environment and change it into a more diverse, inclusive, and supportive environment. She will have a huge task ahead of her, but she has so far said all the right things that would give Activision Blizzard a huge facelift. With a lawsuit staring them right in the face, on top of a revolt of employees, the time is now for the company to continue its house cleaning. In a recently released statement, Hodges wants to bring a collective effort together in order to facilitate change and put in place many support systems for employees to feel safe, comfortable, and free of negative interactions.

Activision Blizzard has been adamant about not admitting to problems in the workplace until now. The fact that a new CPO was brought in, and four people lost their jobs, shows that behind the scenes Activision Blizzard is taking this very seriously. However, the fact that it took this long and had to go this far to start change is the problem. Originally, Activision Blizzard denied those accusations and kept mum so afterward, but once employees banded together to speak out, the company was backed into a corner.

Hiring an outside perspective with many years of experience is a good start; however, as I mentioned earlier, hiring from a company that has dealt with many of its own issues of the years could be a double-edged sword. Was Julie Hodges part of the problem over there? Or did she develop the knowledge and experience to deal with these types of issues? Only time will tell but for the sake of the gaming industry, a positive result must happen.