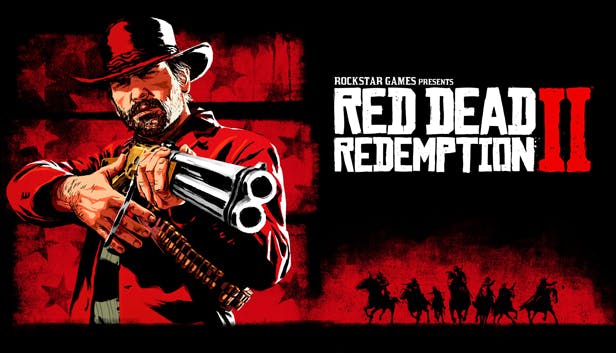 26th October 2021, marks three years since the mammoth release of Rockstar Games’ most recent blockbuster, Red Dead Redemption 2. Whereas many still play the online version of the game, it was the story of Arthur Morgan and the Van der Linde Gang which won all of the plaudits at the time. A tragic, poignant tale of love, loyalty and redemption, it maintains its place among the greatest video game stories of all time. It is a story which we can all learn from, even today.

Trying To Be A Better Person

The core message of the story in Red Dead Redemption 2 was simple: it is never too late to change yourself for the better. Arthur Morgan is not your typical, squeaky clean protagonist (in today’s world where antiheroes reign supreme, it is arguable most protagonists take this form). He was a complicated, flawed and deeply damaged individual quite indicative of the times – the time period being the dying age of the old “Wild West”. Having suffered an abusive upbringing at the hands of his father, the passing of his parents led to a young Arthur being taken in by Dutch Van der Linde and Hosea Matthews; an odd, outlaw, bandit duo who saw in young Arthur a petty thief with the potential to become, like them, an outlaw. He grew up in this criminal world; eventually becoming the “heavy” of the gang – a mean, brash, strong and supremely loyal member of the group who would take a bullet for its charismatic leader and adoptive father.

His former life with his blood parents, plus the one he came to know with his adoptive parents, meant Arthur was always destined to grow up committing despicable deeds – it is a tale old as time. It is during the early part of the game where he commits his arguable worst; physically assaulting, humiliating and collecting the savings (Arthur worked as a debt collector for the gang) from a dying, down on his luck family man, Thomas Downes; who was suffering from tuberculosis – which, back then, was a death sentence to any man. Downes coughing up blood onto Arthur during the incident is what ultimately brings his downfall, as Arthur too contracts the horrible disease from this chance incident. If you weren’t playing as Arthur and actively rooting for him, you might say it is sweet irony that he contracted the same disease. From this point on, you play as Arthur as he gradually and slowly succumbs to the disease which, along with a final fist fight with game antagonist Micah Bell, ultimately kills him.

Arthur Tried to Fix His Wrongdoings

One of the ultimate tragedies of the game (and there are many) is the effect Arthur’s actions had on the Downes family. Thomas Downes passed away; succumbing to the disease which would also take Arthur’s life. His widow, Edith Downes, is forced into prostitution; the profession being her best chance to provide for both herself and her family. Their son, also, becomes involved in crime. Arthur meeting Edith in Saint Denis and witnessing first-hand the tremendous damage he has caused through his own selfish actions sparks an epiphany which spurs him on to achieve some good in his dying days. Yes, the player has the opportunity to keep committing crime and atrocity (though you will be rewarded with a terrible ending for Arthur, should you go this route), but the canonical ending is the one where Arthur, having done some good with his remaining time on earth, passes away somberly as he looks upon the rising sun.

Arthur’s relationship with adoptive father, Dutch, is destroyed by Dutch’s fall into madness and his increased dependence on Micah. However, Arthur’s unbreakable loyalty to Dutch – who, despite everything, was loved by Arthur until the dying end (“I gave you all I had”) – is what leads to Dutch shooting Micah dead in the epilogue; avenging the son he never realized he had and the friends lost to Micah’s schemes along the way. Despite all of the trials and suffering presented to Arthur throughout his life, he maintained that bond of loyalty – propped up by his philosophy of “revenge is a fool’s game”. Arthur seeing and recognizing the damage caused by himself and the gang he remained faithful to for so long made him a better person; one who died knowing that, the despite all the bad caused, he had done some good for numerous people. Despite all of the bad we, as human beings, might cause on a daily basis, it is never too late to do some good in this world. That is the message we should take from Red Dead Redemption 2’s story three years later.