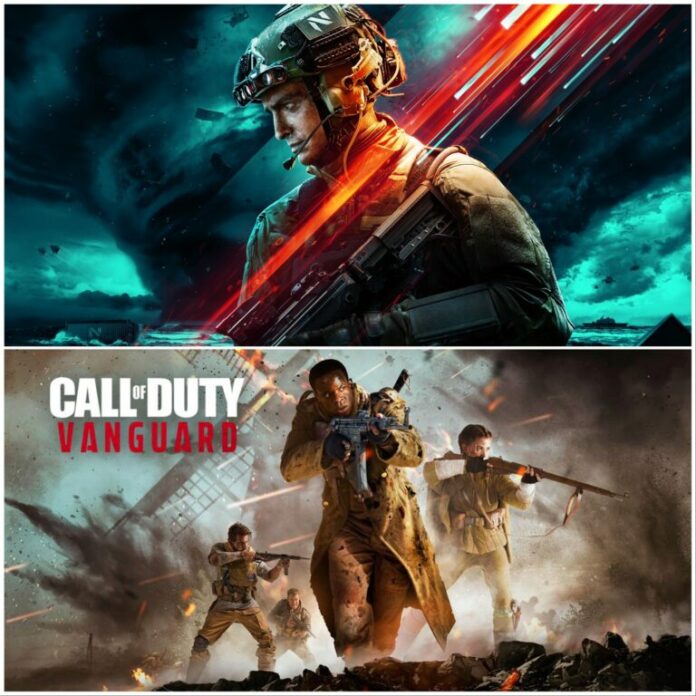 Gamers who are eagerly awaiting the three-way FPS showdown this holiday may be disappointed. In recent weeks, we have had betas for both Call of Duty Vanguard and Battlefield 2042, both coming with their own sets of problems.

On the surface, shooter fans are getting spoiled this winter. Over the next two months, Call of Duty Vanguard, Battlefield 2042 and Halo Infinite are all releasing. However, just beneath the surface, all three titles are having serious issues.

The first game to stumble out of the gates was Halo Infinite. Despite still being hotly anticipated thanks to its interesting open-world premise, 343 Industries delivered a hammer blow to hardcore fans by announcing that two key features will not be available at launch.

We are of course referring to Forge and campaign co-op. 343, who took over the Halo series after Bungie moved on to Destiny, said that both modes simply weren’t ready for launch. Instead, they would be releasing as part of a post-launch content map. While this is likely to keep the game alive, it means that we arguably won’t have a complete Halo until six months after launch.

While this hasn’t had too dire an effect on the hype levels for the game, it was a slap in the face for fans and a sign of things to come.

Vanguard Simply Is Not A WW2 Game

Activision’s handling of Vanguard has been absolutely bizarre. It is a World War 2 multiplayer shooter… with no Axis soldiers. Not only this, but there are also no factions in the game. Instead, the two sides are labelled ‘My Team’ and ‘Enemy Team’.

The level of inaccuracy extends beyond there. Each weapon can have up to ten attachments, including a vast array of optical sights. Nothing even remotely close to that existed at the time. The announcer also speaks as if the battles are televised blood sports rather than an actual war. The game simply doesn’t feel real.

Most historical multiplayer games have to balance realism and gameplay. However, every other comparable game has done a better job. Even 2018’s Battlefield 5 at least got the factions right. Battlefield 1, which came out in 2016, also offered a surface level of realism while offering compelling gameplay.

While it is unreasonable to expect complete historical accuracy from any video game, most WW2 games at least have a surface level of realism. Sledgehammer’s arguable disrespect for history gives the game a huge hurdle to overcome if it wants to win players back.

The final beta release was DICE’s Battlefield 2042. Following some great feature announcements, including the Battlefield Portal, fans couldn’t wait to get their hands on the beta. However, what they got was a buggy mess.

Yes, it is a beta and things will improve before the launch, but that date is a month away. The beta was packed with lighting bugs, visibility issues and random flashes on the screen that rendered the beta unplayable for some. Certain players were even calling for a second delay in order to give the developers time to optimise the game.

DICE’s gameplay changes have also divided the community. The biggest issue facing any new Battlefield is how to balance the classes. 2042 answers that question by ditching classes entirely. Instead, you can pick a specialist with a special ability. While yes, this eliminates the need to balance classes, it gets rid of one of the most popular elements of the series.

Again, 2042 has an uphill battle to win back fans it burned with the beta.

All three of this year’s major FPS games are seeing backlash from fans before they even release. Whether they can make a post-launch comeback remains to be seen but right now, it’s not looking good.