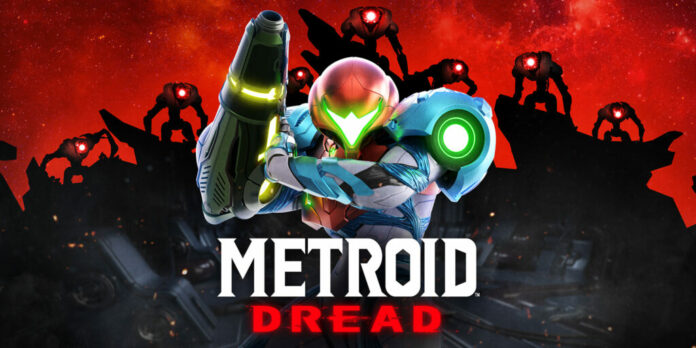 On October 8, 2021, Samus Aran makes her debut on the Nintendo Switch with Metroid Dread. This is one of the most highly anticipated titles on Nintendo’s hybrid console. It’s easy to see why, as it marks the first original 2D Metroid game in over a decade and a half. Furthermore, details have been slowly unveiled via multiple trailers on the official Nintendo YouTube channel. Here is what we know so far about Metroid Dread.

Metroid Dread – What We Know

Metroid Dread will release on Nintendo Switch, as mentioned earlier, but its history dates back to the summer of 2005. In June of that year, a project under the same name was announced in Game Informer. Slated for the Nintendo DS, it was a project that hit various bumps in the road, technical limitations included. Nonetheless, publications such as IGN and even Nintendo’s official magazine hyped the project. By the summer of 2006, however, any news regarding a Metroid title for the DS subsided. Thus, the project, for all intents and purposes, was shelved.

After remaining dormant for years afterward, Metroid Dread for Switch was announced in Nintendo’s E3 Direct this past June. The game was given further context by designer Yoshio Sakamoto. He expanded on the game’s long history, cancellations and all, as well as what players could expect. Though it took time, Metroid Dread has finally been given life, even if it wasn’t on the platform it was originally intended for.

The Story of Metroid Dread

Alternatively titled Metroid 5, Metroid Dread is a sequel to Metroid Fusion, released on the Game Boy Advance in 2002. In the latter game, Samus Aran successfully destroyed the X parasites, which could mimic its prey. The X’s destruction was what the Galactic Federation, which contracted Samus, believed. In Metroid Dread, the Galactic Federation receives a transmission that the X parasites are still alive and located on ZDR. Once more, the bounty hunter herself, raised and trained by the Chozo race, is tasked with a mysterious assignment.

Samus travels to the area, but it’s not long until she encounters various threats. Among these are E.M.M.I. (Extraplanetary Multiform Mobile Identifier) robots and a being wearing a Power Suit modeled after the Chozo. It’s with the latter that she battles one-on-one early on. The fight eventually proves to be too much for Samus. Despite her best efforts, she is defeated by the Power Suit-wearing being, soon losing the suit upgrades she acquired in Fusion. This is what we know, thus far, about the story of Metroid Dread.

Anyone familiar with the larger series will likely feel at home with Metroid Dread. The game places the player in an expansive area, which is home to everything from well-hidden secrets to countless enemies. Along the way, Samus will gain and recover her aforementioned upgrades, allowing her to combat threats more effectively. The upgrades will also help her access other parts of the map that she couldn’t previously. These are staples of the Metroid formula that the latest entry in the franchise maintains.

There are a few interesting points to note, too. In Metroid: Samus Returns, released on the Nintendo 3DS in 2017, Samus could aim her Arm Cannon freely, meaning that she wasn’t limited to firing in specific directions, as well as counter enemy techniques with melee attacks; these elements have been carried over into Metroid Dread. There also seems to be an added emphasis on stealth, especially in regard to the E.M.M.I. robots Samus can’t defeat on her own. By reducing the noise she makes while moving, hiding in the shows when needed, and if all else fails, outrunning the robots, Samus can evade them.

No Metroid game is complete without a cast of antagonists for Samus Aran to battle. The E.M.M.I. are new to the series, introduced in Metroid Dread, though there are both new and returning enemies in Samus’s first Switch outing. Among unfamiliar enemies seen in trailers include slug-like creatures that travel on all surfaces and bats that swoop down to attack Samus. Given how intrinsically linked Metroid Dread is to the X parasites, players may see them mimic other threats.

This past August, Nintendo released its second trailer for Metroid Dread. In said trailer, it was revealed that one of the most iconic enemies in the Metroid series, Kraid, would return. This particular villain’s history dates back to the original Metroid on the Nintendo Entertainment System, so long-time fans will find his inclusion welcoming. It’s unknown whether other established enemies, including Mother Brain and Samus’s most prominent foe in Ridley, will enjoy time in the spotlight in Metroid Dread as well.

The User-Friendly Nature of Metroid Dread

If the Metroid series is any indication, its first outing on Nintendo Switch should pose a challenge to even the most seasoned of players. However, multiple elements will make for a more user-friendly experience. Its map system, for example, allows for markers to be added, which are handy if there are doors, secrets, and the like that cannot be easily accessed. Furthermore, on the map screen, areas will flash white if there are still secrets remaining. Their locations aren’t made explicitly clear but this system makes Metroid Dread seem more intuitive.

Speaking of the map, there are certain sections known as E.M.M.I. Zones. As the name suggests, these locations are inhabited by the E.M.M.I., which will pursue Samus if she’s detected. However, when a player first enters an E.M.M.I. Zone, its boundaries and exits will be identified on the map screen. What this means is that the player can strategize where they should go so that they may move forward. While it’s safe to assume that avoiding or outrunning the E.M.M.I. will be a challenge, this addition should make things fairer. These are just a few user-friendly elements that players will experience when Metroid Dread is released next month.

Why the Warzone Juggernaut Needs to be Fixed in Call of...