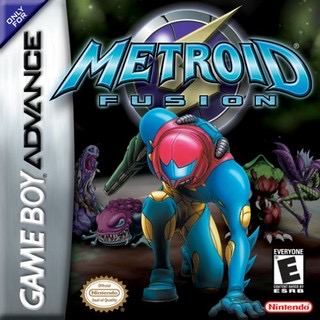 Gaming has a rich history that spans multiple decades. To this end, The Last Word on Gaming Backlog is a series that looks back on titles across all generations. From the golden 8-bit era to the landscape-changing 64-bit scene and beyond, The LWOG Backlog’s aim is history. This time, we shift our focus to the Game Boy Advance and perhaps the most underrated title in the famed Metroid series – Metroid Fusion.

Metroid Fusion – Become a Predator to Defeat One

Since its debut in 1986, Metroid has been Nintendo‘s perennial space exploration franchise. From the original Nintendo Entertainment System to the 3DS, gamers have traveled with Samus Aran throughout the galaxy. Metroid’s atmosphere can best be compared to the “Alien” films, inserting the player in isolated areas where they must encounter unusual and dangerous threats. Along the way, Samus earns upgrades to her Power Suit, allowing her to access different areas as she dwells.

Metroid began its life as an open-ended 2D shooter on the NES. However, it evolved since then, even enjoying a seamless transition to 3D via the Metroid Prime series. While the console titles continued to evolve the 3D formula, Nintendo’s handheld platforms built upon Metroid’s 2D foundation. In other words, handhelds satiated gamers’ appetites for classic Metroid, updated to complement newer platforms.

Consider the Game Boy Advance, which saw two new Metroid titles. Metroid Zero Mission, which released in 2004, served as a modern retelling of the NES classic. However, two years prior, the GBA saw perhaps the most unique title in the Metroid series. Enter Metroid Fusion, which released in North America in 2002. Unlike Zero Mission, Fusion told its own story, heightening the sense of dread and terror that were part and parcel of Metroid. When looking back on the Metroid series as a whole, Fusion may be the most underrated.

Alternatively known as Metroid 4, Metroid Fusion brings Samus Aran to the planet of SR388. It is here where she encounters a being known simply as X. The parasite proceeds to infect Samus’ central nervous system; only with a vaccine created with cells from a Metroid is the series’ titular character able to recover. However, during surgery, it was discovered that parts of her Power Suit had melded into her body. Thus, Samus was left with a new form that, while formidable, left her more vulnerable than at any point during the series.

Samus ventures to the Biologic Space Laboratories, where it’s learned that X parasites have invaded. This is where the game proper begins, ushering Samus through the various halls and departments of the BSL space station. Later on, it’s learned that the station is being roamed by a being dubbed SA-X, a parasite that successfully took on the form of Samus in her full Power Suit. Metroid Fusion isn’t a story about saving the world; the name of the game is survival.

Perhaps more than any other game in the series, Metroid Fusion embraces fear. This is established early on, with the aforementioned infecting of Samus via the X parasite. From a strength standpoint, Samus is handicapped, having to rely on her wits and the instruction of the BSL computer system which Samus calls “Adam,” affectionately named after her former commander, Adam Malkovich. Metroid Fusion is still an action-adventure game at its core but the game successfully builds dread through its narrative.

On the surface, Metroid Fusion plays similarly to other 2D games in the series. As Samus, your goal is to explore the BSL station, hunting down abilities and pursuing enemies. Speaking of abilities, many that the series is known for are present here. The Charge Beam, Super Missiles, Power Bombs, Screw Attack – all of these and more will be acquired through exploration. There exist upgrades for Samus’ energy and weapon capacities as well, which help stack the odds in her favor.

Outside of the standard Metroid gameplay fare, Fusion brings a unique element in the form of SA-X. This becomes the root of the BSL station’s wrecked state. Furthermore, it is such a fearsome foe that “Adam” instructs Samus to not engage it directly. “If you see it, just run,” the computer tells her. This becomes a lingering thought in the player’s mind; when, exactly, will they encounter SA-X? If SA-X finds them, can they escape? At this point, Metroid Fusion successfully establishes a specific threat before the player encounters it face to face.

Metroid Fusion juggles action-adventure with horror, combining the sensibilities of both genres to create something special. In fact, the only main criticism one can levy against Fusion is its linearity. The Metroid series is renowned for its exploration, leaving discovery in the hands of the player. Fusion adopts to this to a degree, but more often than not, the game ushers players to specific rooms and locations. However, given that Fusion tells its story in a more traditional way than expected from Metroid, the linearity in question is easier to justify.

Given the fact that Metroid Fusion was a Nintendo developed-and-published product, it should come as no surprise that it makes the most of the Game Boy Advance’s technology. Metroid Fusion successfully brings the cold and isolated atmosphere of the series on a handheld device. Its graphical style is reminiscent of Super Metroid, the Super Nintendo’s sole Metroid title. This dark title brings its own creepy art style into the mix, too. At times, Metroid Fusion feels like the most nightmarish title in the franchise.

This carries over into the sound design of Metroid Fusion, too. The game’s music is suitable for the atmosphere. One of the first tracks heard, “Environmental Silence,” helps establish the deserted nature of the BSL station. “Environmental Tension” lives up to its name, sounding as if it’s building to a moment where the player must choose fight or flight. Metroid Fusion’s soundtrack is solid, but other elements of the game’s sound design can’t be ignored.

Let’s look back at SA-X. The segments where this creature is first seen are accompanied by music, but the real magic is in the various sound effects. The piercing scream when the camera zooms into its Power Suit helmet creates a neat jump scare. SA-X’s footsteps, echoing throughout the location, let the player know that this threat is nearby. If you don’t believe that a handheld device can effectively convey horror, Metroid Fusion may surprise you.

Depending on a given playthrough, Metroid Fusion can take as long as eight hours to beat. This makes sense, as the BSL station and its various sections are sizable. Furthermore, one may wish to revisit different areas once they acquire new upgrades, entering areas that were previously inaccessible. In true Metroid fashion, Fusion provides players with multiple unique endings.

The ending one receives will hinge on different factors. The quicker a player reaches the end and the more collectibles they obtain, the better their ending will be. Outside of in-game combat, this is another reason to seek out every upgrade. Fusion can last for several more hours in the hands of committed players. This game is a goldmine for completionists.

Following its original release in 2002, Metroid Fusion was brought back through other platforms. In 2011, it was among the ten 3DS Virtual Console games that were exclusive for “3DS Ambassadors,” the individuals that purchased the system prior to its first major price drop. Fast forward to 2014, when the Wii U Virtual Console introduced GBA titles. Along with Advance Wars and Mario & Luigi: Superstar Saga, Fusion was one of the first GBA games released on the service.

Though not quite as open-ended as other titles in the series, Metroid Fusion stands as a unique, enjoyable entry all the same. Its storytelling is more traditional compared to other entries, setting players on a more linear path. However, everything that fans love about the series – the foreboding atmosphere, the sense of isolation, and progression through various upgrades – is largely intact. It stands as one of the best titles on the Game Boy Advance.