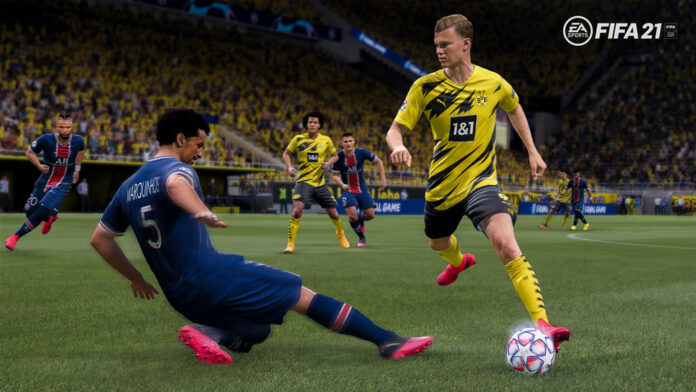 FIFA tends to be a game that falters after the successful TOTS promo every year. But this year, perhaps in part due to the success of Summer Heat from FIFA 20, EA Sports FIFA 21 has kept trucking on. Now as we enter September, the game still has a solid fan base and here’s why.

FIFA has had some of the worst gameplay this year for a long time, but the content released has been phenomenal. Whilst the start of the year is always lacklustre with the release of the OTW promo, the diverse array and sheer abundance of special cards this year has made it one to remember.

Particularly of note is the plethora of free cards we’ve been able to get all year. One of the best cards to use for most of the game was Rulebreakers Nordi Mukiele, who dominates the game at RB or CB.

Despite coming up against the same Varane and Mendy combo most games, this year has been the year for off league stars. EA has done a great job at releasing cards from the ‘off-leagues’ such as Gravenberch from the Eredivisie and Anderson Talisca from the CSL.

Opening up these new leagues has been great even late in the year as you can have so much fun with you squad building.

One reason the game has lasted till now is the sheer amount of SBC content. Packs are on of the most fun things about FIFA and everyone loves to chance their arm to pack one of the best players on the game. Even today, I will logon to make sure I get some packs to open with friends just for some fun.

Released this week was the Pre-Season Promo in which you can play games and complete SBCs to gain special perks for next year’s FIFA. With FIFA only a few weeks away, it could be really beneficial to get on FIFA 21 and get those packs to get your FIFA 22 account up to scratch. Not only that, all the rewards for next year come with some rewards for the rest of this year as well, so it’s well worth your time.