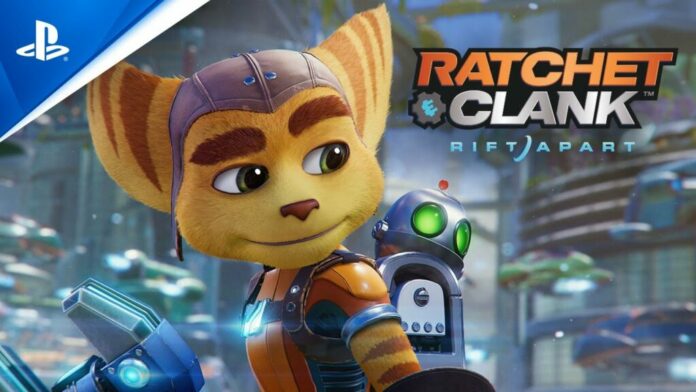 One of the headline stealers of the initial PlayStation 5 releases was the announcement of the newest Ratchet & Clank game, Rift Apart.  In a blog post the Ratchet & Clank: Rift Apart release date has been officially confirmed for June 11th, 2021.  Here’s an extract from the blog post with more details of the release

“All of us at Insomniac Games say thank you for your support of Ratchet & Clank across the last 19 years and four generations of PlayStation consoles. It’s been an incredible journey so far and we’re excited to share the next chapter with you soon.

How soon? We have been working hard to ensure that Ratchet & Clank: Rift Apart, is a showpiece game and exclusive for your PlayStation 5 console. We’re thrilled to confirm that the game will launch on June 11th, 2021. “

The Digital Deluxe Edition is available on PlayStation®Store to pre-order*. In addition to the Ratchet & Clank: Rift Apart game, you’ll receive the following content: 5 additional armor sets, 20 Raritanium to get a head start on upgrading your weapons, a sticker pack to use in Ratchet & Clank’s first ever photo mode, as well as a digital artbook and a digital soundtrack”

For many, Ratchet & Clank is the first must-buy game of this newest console generation.  With it set for a summer release Sony will be hoping to have sorted out stock issues in order to fully capitalise on the franchise’s popularity and selling power

The pre-order bonuses are fairly standard but any long-time Ratchet & Clank fan will be happy to have them.

Before We Leave Arrives on Playstation 4 and 5