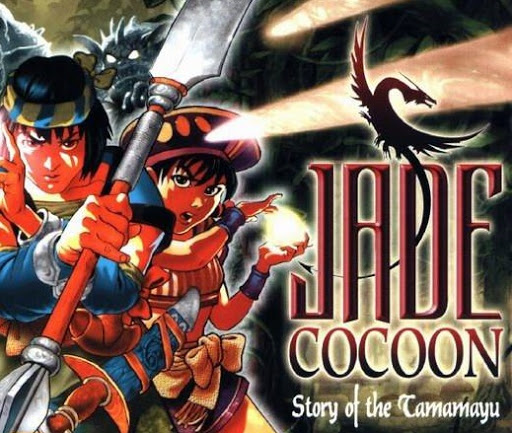 Jade Cocoon: Story of the Tamamayu: A Short, but Unique Experience

The world is set in a heavily forested land inhabited by monsters known as minions. Within the forests are villages that provide safety for human inhabitants. The story focuses on silent protagonist Levant who lives in the town of Syrus. He awakens to the news that a ceremony is to take place, in which he is to become the next Cocoon Master. A Cocoon Master has the ability to capture and purify minions through the use of an instrument. His father was the last one of Syrus; however, he disappeared and now the protagonist must follow in his footsteps.

On the day of the ceremony, Syrus is attacked by minions known as Onibubu, or the “Locusts of the Apocalypse”, who put some of the villagers into a deep slumber. Levant marries a Na’gi woman named Mahbu in order to become official. He is sent out into the forest to find the elusive “Calabas Herb” in order to restore the villagers to normal.

The game focuses on capturing, purifying, and merging monsters together to create stronger and cooler versions. When two monsters are merged together, they will each take on characteristics of their parents. You can have a flying turtle or an armored bug for example. You can get lost for hours in the numerous combinations of monsters that can be made. When monsters level up, they grow in size and become take their adult form. Monsters also carry the abilities of each parent, meaning that merging also requires some forethought as well. Similar to Pokemon, you train your monsters through battle, which can become repetitive if you’re not into the typical JRPG level grinding methods. Similar to Monster Rancher is the system of combining monsters to form stronger ones, with the difference being minions don’t die of old age.

Minions can also be sold to the shops for cash to buy weapons, armor, and survival items. This is a simple and easy way to earn cash throughout the game, especially when Levant reaches higher capture ranks. It is also a unique feature that the monsters themselves can act as currency, as the stronger the monster the better the cocoon material made from spinning them.

Each minion has an element assigned to them, which also means they have a subsequent weakness. Water beats Fire, Fire beats Air, Air beats Earth, and Earth beats Water. You can choose to go through the game with a minion of each element or get creative by mixing them together. A monster can be born who is good at both Water and Air for example; which can nullify its weaknesses, but lessen its power in both elements. I made the mistake of creating a monster with opposing elements and it severely weakened its overall power. The best way to go seems to be a single monster for each element.

The battlefields are very contained and not overly creative in design. Each battle is fought with Levant or a summoned monster versus up to three enemies. The attack animations are very basic and over quickly. The saving grace for battles is the music, which can range from being intense to silly depending on the opponent. The monster designs are good, not great, but that is to be expected with PS1 graphics. Also, the environment that the protagonist moves around in can seem one-dimensional at times with repeated corridors and dead looping pathways.

I found the voice acting to be really good. Each character was portrayed very well with their own identities and personalities. Garai is a wise old woman who bestows countless knowledge on Mahbu and Levant. Mahbu is the young and bubbly deuteragonist who becomes maturer, but more strained throughout the story. Each character had something to offer to the story or helped to tell the plot to the player. I ended up hating the women working at the silk mill who venomously gossiped about the protagonist’s mother but came to love the blacksmith and his family who always had Levant’s back.

Jade Cocoon: Story of the Tamamayu is a short, fun monster collecting game that has an interesting story and characters. If you enjoy Pokemon, Monster Rancher, or any monster collecting/creating game then you’ll enjoy this. The graphics are passible for the PS1, but the story could have been longer than it came to be. A solid 8/10 for this older gem.