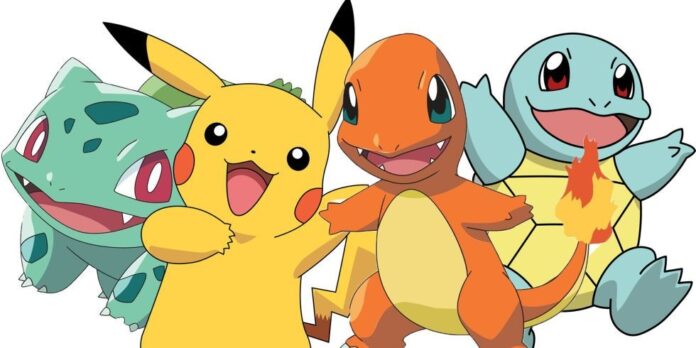 Pokemon — most people’s favourite brand when it comes to catching mythical creatures and helping yourself to use them in battles against other people. You really can’t go wrong with the Japanese series, it’s a classic and has been part of millions of people’s lives since 1998.

Living on through not only the anime but card games, comics and digital RPG games – which spanned from the GameBoy Colour line — starting with Pokemon Red and Green versions which were first found in Japan.

Pokemon – where is it all going downhill nowadays?

Or maybe you recall stumbling upon an Absol in Ruby, Sapphire or Emerald, a pokemon which was dubbed to have brought disaster with it just after it’s appearance to a human being.

Another highlight of a later game was witnessing the leader of the Galactic gang, Cyrus, get dragged into the distortion world by the Satan of all Pokemon, Giratina, in front of all his cronies and yourself – Pokemon Platinum.

Some nights your child/teen-self would look through the saviour that was serebii.net to find out what level your Gardevoir would evolve – or where to catch a Ralts in your game.

Roll on the years to 2020 – nowadays. The role-playing game is still going strong after the first instalments for the Nintendo Switch; Pokemon Sword and Shield.

These games, in particular, have marked a major failure to hit the heights of most of the past instalments fans would dub as “nostalgic” and much more “replayable”. Although Nintendo has aimed to add on content via DLC packs which came out a few months later, it still failed to appeal to a majority of the fanbase.

The region you visit in the game was based off the United Kingdom – which was a very big and obvious part of the game. Including even a Pokemon version of Wembley Stadium which graced your screens during the ending battles.

In this article, we look at why those two games have failed to appeal to the fanbase as a whole.

There was something very satisfying about seeing your 2D trainer make his or her way through the dungeon or city streets. Checking out every nook and cranny was a very big part of the games, especially when it came to obtaining items and much more.

You’d most likely notice that some houses maybe were not accessible or the city was “shortened” to a much smaller distinction than what the Anime or YouTube spinoffs would show you.

However when you play the 3D variants you will gradually see how much more detail there is – more houses in the background, but more that are inaccessible, it gives the feeling that the game may be incomplete.

The new battles since the 3DS era might have brought our extraordinary friends to life, which is a much better aspect of this 3D transformation.

There have been accusations of “hand-holding” within the game. Since the generation six (X and Y, Omega Ruby and Alpha Sapphire) games, there has been a lot of dialogue, much more helping you get through the game.

If you compare the ORAS games to their originals, it’s a very clear verdict here. When you meet May on route 110 after getting rid of Magma/Aqua (dependant on which version you’re playing) from Slateport, she battles you – a dreaded fight in the originals, which has ended many a Nuzlocke run for players.

After beating her on the remakes, she heals your Pokemon – your rival heals your Pokemon. It’s no wonder that the games have been made way too easy – later on in the game Latios/Latias (Again, dependant on the version) is assigned to you by default without even needing to catch them, along with their Mega stone, tripling the OP factor on this one.

A game-breaking EXP. Share is issued to you upon the defeat of a Magma/Aqua grunt in Petalburg Woods – the Devon corps employee giving you it. The EXP. Share allows you to be able to split up experience points between all of your party Pokemon after a battle – it was just too easy to whip up a League-winning band of Pokes.

You are a kid in a village about to start his adventure and have a new friend assigned to you – much like every single game begins. The belief that this starting point has gotten old might be a little bit far fetch’d (pun intended) but hasn’t been overall expressed by the fanbase completely just yet.

When you’re indulged in a story with interesting characters such as Steven Stone, Cyrus, or even Blaine who had some sort of background with the evil organisation Team Rocket – holding a partial responsibility of the creation of a dangerously powerful Pokemon.

We will admit, there are some interesting characters in the newest games, referring to a much-loved figure in Marnie who constantly provided the player a challenge and a mystery to solve. Although Hop, who wasn’t a very testing rival, really collapsed the feeling in the game.

It feels like a lot of things are pretty obvious – avoiding spoilers – there were many characters which turned out to be exactly what you’d think they are from seeing them at first glance.

Ever to go back to the roots?

Now that you think about it, there will be remakes. But the remake of R/S/E had fans thinking it just was not a hit to the originals – but it sure gave us a fair share of nostalgia.

Unfortunately, there will probably be no backtracking to the 2D days unless some small spin-off side-games will be introduced. With the ever-innovative nature of the Nintendo Switch, we know that the Pokemon franchise will be heading that way, along with Nintendo’s other flagship themes.

Two Lara Croft Games Are Headed to the Switch