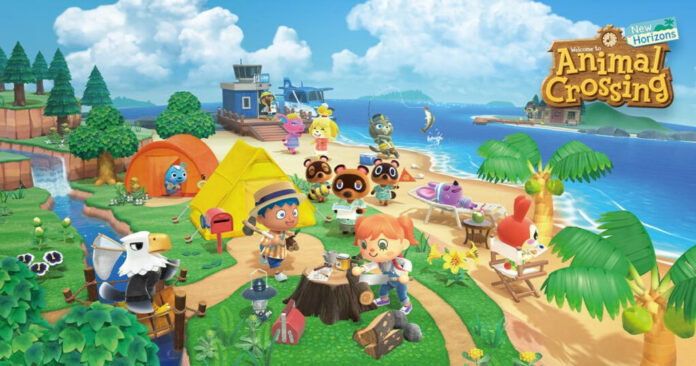 A global pandemic, being forced to stay at home and socialisation being banned has taken its toll for many of us but in the gaming world there have been some stunning moments and one of those is Animal Crossing. Let’s take a look at Animal Crossing: New Horizons at one.

Animal Crossing: New Horizons at One

Here’s to You Tom Nook

Being stuck inside is never fun at the best of times but in a global pandemic where staying inside has become a must, Nintendo released a famous and well loved franchise at an opportune time. Tom Nook returned to teach us all that staying in was to become the new going out.

Building a Community for All

New Horizons just felt the like right game at the right time and over three million copies sold later, it is in many a household played by young and old alike. It is a game that crosses generations and being able to visit your family and friends islands to cast an eye on what they are doing has become part of a daily routine for many.

Fishing, catching insects, building homes and swimming the shores have all become staples of relaxing with a Nintendo Switch at hand. Animal Crossing games have never been about taxing your brain and there is a calmness felt when playing. You can play for a few hours or just a few minutes and still find pleasure when decorating your home, throwing someone off the island or collecting resources from your island to make items or just to sell them and make money.

Animal Crossing: New Horizons is one year old and it still feels like it is a breath of fresh air. I have spent a crazy amount of hours in this games company building bridges, building homes and generally just having fun and chilling out. I have gone months without playing it at all but every time I return it brings a smile to my face and is one of those games that oozes class and longevity.

It has been one hell of a year for everyone and New Horizons has managed to make everything feel that bit better by being in our lives.