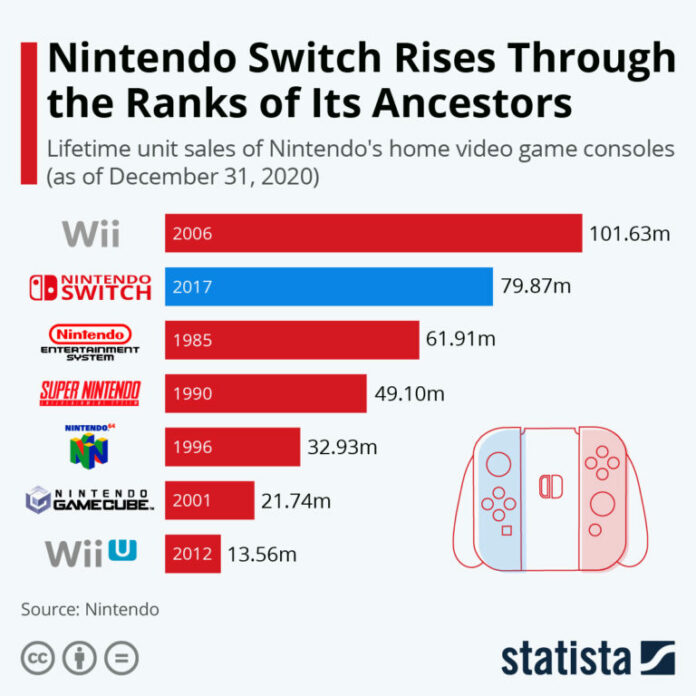 The Nintendo Switch continues to be a huge success but it is increasingly apparent that there will be no resting on laurels with Nintendo expecting sales boosts in the coming year according to numerous news sources including Bloomberg.

Whilst Nintendo themselves have declined to comment on the sales rumours and analysts have said console sales would decline, component manufacturers and retailers are predicting the opposite fortunes for Nintendo and their hybrid console. So why the polar opposites in predictions?

The start of the global pandemic slowed Switch sales but only briefly before being locked down meant people flocked to Nintendo’s console and in particular Animal Crossing: New Horizons which saw sales spike and both console and game spent much of lockdown at the top of the charts.

Switch Pro or whatever it ends up being called is going to happen in my opinion. Nintendo may be playing cards close to their chest but when rumours accelerate as they have been, there is a case of no smoke without fire and a boost to power is needed.

The recent release of Apex Legends is a standout of example why a 4K dock and better OLED screen, even if at 720p needs to be added if Switch is to maintain its ability to have ports that are playable. We have been spoiled by ports such as Rocket League and the incredible Witcher 3 but Apex Legends looks awful and is almost unplayable. Panic Button have done as good a job as possible and patches might be able to rescue the game but it is the best example yet of why a Pro model has to happen.

If the rumours prove to be true, it makes absolute sense that Nintendo could be looking at major sales boosts in 2021/22 and the Nintendo Switch growing stronger and stronger in the marketplace.

What are your thoughts? Can Nintendo expect to grow sales in the next year? Head over to the chat wall and join the team and other gamers and have your say!