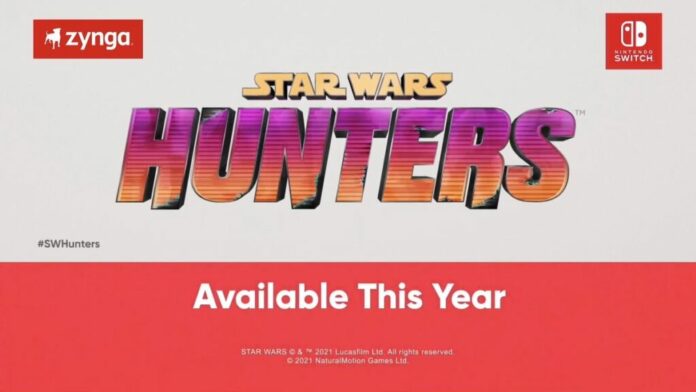 On February 17th, 2021 during the Nintendo Direct Livestream, Star Wars Hunters was revealed for the Nintendo Switch. Star Wars Hunters; subsequently, will be free to play and released in 2021. Hunters is being developed by LucasFilm Games, Zynga, and NaturalMotion Games. The reveal was brief; however, the screen pans to a large metal door surrounded by metal boxes and a Stormtrooper logo on the wall. There is numerous graffiti on the wall as well. When the door opens; however, the screen moves forward showing holograms of warriors in aggressive fighting poses. Past them; subsequently, is another large door that, when opened, shows different warriors battling it out in the landscape.

Hunters is a multiplayer game where players team up to battle it out in arena-style combat. Players will be reintroduced to famous locations from the Star Wars franchise while battling it out for warrior supremacy. The story of Hunters takes place sometime after the Galatic Empire has fallen.

The trailer was very brief; however, key points allowed for an understanding of what the game brings. For Star Wars fans, the ability to have a free to play, multiplayer arena combat game will bring hours of enjoyment. It is unknown whether named characters will be used, or if generic warriors are going to be the standard. There was no explanation of controls either; consequently, the trailer seemed to rely on the Star Wars name to hopefully entice fans and/or gamers alike. With other games; however, being revealed such as Fall Guys, the free-to-play and download Star Wars Hunters was mainly an appetizer to the main courses. Players; however, should find this game enjoyable even for those that might not be Star Wars fans, due to the game being a quick team combat-based melee. It will be interesting to see if any further trailers will be released in the near future.