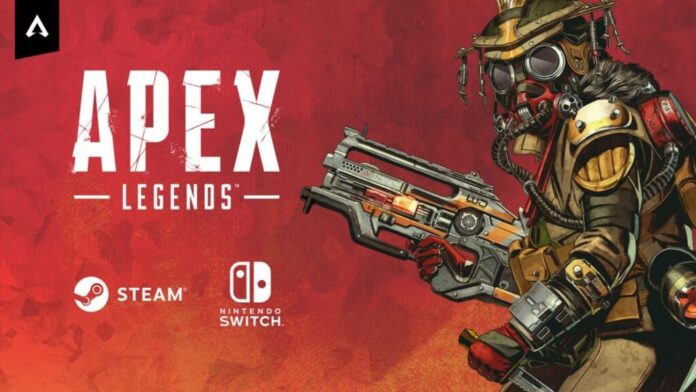 It was announced yesterday during the Nintendo Direct that the popular battle royale game, Apex Legends, will be making its way to the Nintendo Switch. The release date is set to be March 9th, 2021. Nintendo Direct was a massive news cycle that allowed Nintendo to showcase dozens of new games coming in early 2021. Among Apex Legends were other names such as Mario and Fall Guys.

This is huge news for anyone who is a fan of battle royals whose main console is the switch. Apex is one of the biggest battle royal games in the world still currently. It launched to great success in 2019, however, took a decline in viewership after launch. Still, they have remained with a steady player-base and keep adding new things into the game, such as a new map. This keeps them in the top five most weeks for most-streamed battle royal games on Twitch.

Overall, this feels like a solid addition for Nintendo. Apex Legends is a fun middle of still being a battle royal game, however, not being quite as gory as something like Call of Duty: Warzone. Still, it is slightly less cartoony than today’s version of Fortnite, which has really leaned into the kid-friendly side of things.

Season eight of Apex just dropped back in February which saw another uptick in player usage. However, it wasn’t near as big of an update as it was in season seven when a whole new map was added. Regardless, it is still an exciting time to drop into Apex and fight some enemies.

For those who haven’t played Apex, everyone chooses a character. These characters all have different special abilities that can help you before, during, or after combat. It’s what sets Apex apart from other battle royals. In games like Warzone and Fortnite, every player is the same and the difference is things like what weapons you pick up. However, in Apex, you have a decision to make right away that can help direct you to different playstyles.

Keep your eyes peeled for all the new games coming to Nintendo. Also, be sure to check out Apex Legends in March if you have a switch!

Pac-Man Museum+ Announced for PlayStation 4, Xbox One, Nintendo Switch, and...